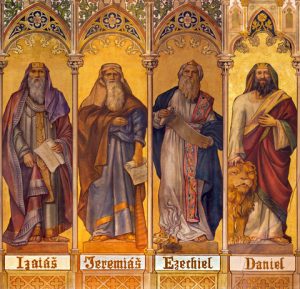 I want to talk with you this morning about Old Testament Prophets and my Uncle Jack. If he were still alive and here, he’d say in his mid-Western, southern Illinois drawl, “Son, I don’t reckon I know what those two things could possibly have to do with each other.”

Let’s take a look at:

(the are 17 books of the prophets in the Hebrew Scriptures. Isaiah is the very first one)

Shout out, do not hold back! Lift up your voice like a trumpet! Announce to my people their rebellion, to the house of Jacob their sins. 2Yet day after day they seek me and delight to know my ways, as if they were a nation that practiced righteousness and did not forsake the ordinance of their God; they ask of me righteous judgments, they delight to draw near to God.

3“Why do we fast, but you do not see? Why humble ourselves, but you do not notice?” Look, you serve your own interest on your fast day, and oppress all your workers. 4Look, you fast only to quarrel and to fight and to strike with a wicked fist. Such fasting as you do today will not make your voice heard on high. 5Is such the fast that I choose, a day to humble oneself? Is it to bow down the head like a bulrush, and to lie in sackcloth and ashes? Will you call this a fast, a day acceptable to the Lord? 6Is not this the fast that I choose: to loose the bonds of injustice, to undo the thongs of the yoke, to let the oppressed go free, and to break every yoke? 7Is it not to share your bread with the hungry, and bring the homeless poor into your house; when you see the naked, to cover them, and not to hide yourself from your own kin?

8Then your light shall break forth like the dawn, and your healing shall spring up quickly; your vindicator shall go before you, the glory of the Lord shall be your rear guard. 9Then you shall call, and the Lord will answer; you shall cry for help, and he will say, Here I am. If you remove the yoke from among you, the pointing of the finger, the speaking of evil,10if you offer your food to the hungry and satisfy the needs of the afflicted, then your light shall rise in the darkness and your gloom be like the noonday. 11The Lord will guide you continually, and satisfy your needs in parched places, and make your bones strong; and you shall be like a watered garden, like a spring of water, whose waters never fail.12Your ancient ruins shall be rebuilt; you shall raise up the foundations of many generations; you shall be called the repairer of the breach, the restorer of streets to live in.

The Prophets and My Uncle Jack.

The prophets of the Old Testament were the conscience of Israel. When the nation got off track, it was the prophets who called them back. They were voices of correction and rebuke; voices who called for repentance and a return to righteous living that honors God. One commentator (Dennis Bratcher) calls them the “Mediators of the Covenant.” The Israelites were living in a loving partnership or covenant with God, but sometimes they acted in ways contrary to what God expected from God’s Covenant Partners. It was the task of the prophets to remind or teach the people what God expected. 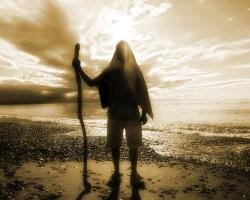 The life of a prophet was not an easy life, because no one likes to be told they’re wrong, especially those in power. According to tradition, Isaiah was murdered for his prophetic ministry. The queen of Israel tried to take Elijah’s life (1 Kings 19:2). Jeremiah was thrown into a cistern, where he “sank down into the mud” (Jeremiah 38:6) (Tradition has it that he, too, was killed for his message). Jesus spoke of Jerusalem, the seat of power, as those “who kill the prophets and stone those sent” to them (Luke 13:34)

It was dangerous to be a prophet, primarily because they refused to stick to just “spiritual things.” They weren’t just telling people to pray better, they were telling people to live better, and govern better and establish a better society. Isaiah declared that the nation was not practicing righteousness and justice. The whole structure of society was messed up.

Isaiah anticipates their reaction: “Well, we fast. We do the whole sack cloth & ashes thing. Those should count for something.”

Isaiah says, this is what God wants to say to you: “You think that’s what I desire? A day of fasting? A day of repentance? And then you live thoughtlessly and selfishly for the other 364 days? That’s what you think this covenant is about?”

He even says, “And while you’re fasting you’re still oppressing your workers,” not paying them a fair wage, not treating them fairly, all the while you’re doing religious things

Vs. 6 –  Is not this the fast that I choose: to loose the bonds of injustice – (to establish a more fair society) . . . . to let the oppressed go free, and to break every yoke? (in other words, to remove the things that keep people down – to make it easier for people to thrive) 7And while you’re at it, Isaiah says, feed the hungry, shelter the homeless and clothe the poor.

And notice he’s speaking to the nation! He’s not just calling a few good Israelites to do that! He’s calling for the nation to be known for its goodness, its compassion and for finding ways to lift people up and establish a more just order. 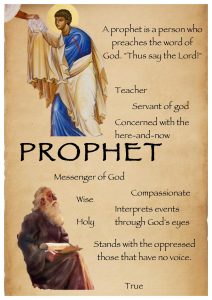 Amos was another of Israel’s bold & brave prophets.

Amos 5 shows us that the prophets got angry, expressing God’s angry through their messages and tone. Listen to these words:

21I hate, I despise your festivals, and I take no delight in your solemn assemblies. 22Even though you offer me your burnt offerings and grain offerings, I will not accept them; and the offerings of well-being of your fatted animals I will not look upon. 23Take away from me the noise of your songs; I will not listen to the melody of your harps. 24But let justice roll down like waters, and righteousness like an everflowing stream.

By the way, one of the things that Amos was mad about, was how foreigners were treated at the city gates:

12For I know how many are your transgressions, and how great are your sins— you who afflict the righteous, who take a bribe, and push aside the needy in the gate . . . . 15Hate evil and love good, and establish justice in the gate.  (Amos 5:12,15a)

The Israelites had been told over and over again to treat those from other lands with compassion, “for you were immigrants/aliens in Egypt.” That is stated all throughout the Old Testament.

Exodus 22:21 – “You shall not wrong a sojourner or oppress him, for you were sojourners in the land of Egypt.”

Amos had to remind the people that that was one of God’s expectations for them. The Prophet’s voice must still be heard, even when those voices are upsetting to us.

Prophets, by the way, are not known for being diplomatic.

At the Festival of Homiletics (Preaching) that I attended recently, William Barber was one of the preachers. Many consider him to be a modern-day prophet, following in the footsteps of Martin Luther King and his Poor Peoples Campaign. 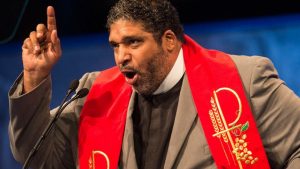 William Barber looked out at us well-meaning preachers and said, “If your preaching does not address the injustices in our nation, then it is worthless.”  (Thanks for that subtle reminder)

The voices of the prophets often upset and offend us, but they are still voices that need to be heard, even when they’re upsetting, and even when they touch upon issues that we tend to consider “political.”

“Politics” is simply the way we organize, build and manage our society.

The prophets’ and preachers’ critiques of political issues is from an ethical, biblical, spiritual perspective, and not simply partisan politics. We have to pay attention to political events because they shape what kind of nation we are and are becoming! 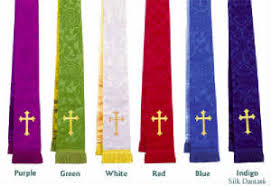 Illustration. In 1917, the Russian Orthodox Church held its annual meeting. The big issue that year was the liturgical color of Advent. Should the stoles and altar paraments/cloths be blue or purple for the season of Advent? This important(?) issue is still debated today, but what else was happening in Russia in 1917? The Bolshevik Revolution!!! So while the world was in upheaval all around them, church leaders sat inside and debated blue vs purple.  Old Testament prophets would never have made that mistake!!!

The prophets never divided life into categories like, “spiritual vs secular” or “politics vs personal values.” To them everything was spiritual!

Okay, that’s what I’d like you to know about prophets today. They’re a part of scripture that we should not ignore. They call us to be righteous and holy, as a people and as a nation. 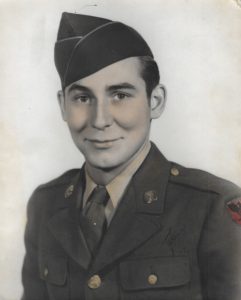 II. Let me close by telling you briefly about my Uncle Jack.

My parents were both from Southern Illinois. My dad was an only child, but my mother grew up on a farm with 5 brothers. – Uncle Buck, Bill, Ben, Gene, Jack. This made her a tom-boy – strong, tough & athletic.

Uncle Jack was my mother’s favorite brother. All my other uncles were big, strong, burly men, but Uncle Jack was slight in build and always seemed to have health issues. I found out much later that he was badly wounded in WWII. His life was cut short by WWII, not only from his injuries, but also from alcohol abuse which was probably his way of self-medicating his PTSD. He had a kind heart though, and he had enough good qualities to marry a wonderful woman, Aunt Betty. She was a gem, a kind, sweet, beautiful woman.

Three of my uncles served in WWII. In fact they were all overseas at the same time. I have a newspaper clipping documenting that, as well as the worries of their mother, my grandmother.

My uncles were proud of their military service. Uncle Bill was a marine. Uncle Buck & Uncle Jack were in the army. One of them gave me his dog tags. Uncle Bill gave me a Marine pin. Another gave me his mess kit.

Uncle Jack gave the most to his country, sacrificed the most for his county.

I’ve thought of him all week, as Memorial Day approaches.

I can’t help but wonder, what would my Uncle Jack think of the country today? – a nation he put his life on the line for? – a nation for which he sacrificed and suffered for. He paid an enormous price for a country he believed in.

What would he think of it today?

I don’t know how he’d feel about immigration, racism, or abortion rights or LGBTQ issues.

6. I do suspect the gap between the rich and the poor would sadden him greatly. Having grown up in the Depression, he would have hoped for a more just society. (40 mil. people currently live in poverty. Some say 100 mil. people live “at or near” the poverty level today)

So here’s my conclusion:

When we think about what kind of nation we live in, we should think about the prophets and what they called their nation to do – because they expressed God’s will for their nation and for all of God’s people.

Are we living up to the greatness of their character and their sacrifice?

God, mend our every flaw and our gold refine, till all success be nobleness and every gain divine. Amen.

The sermon & service ended with our choir singing a beautiful, inspiring anthem, “Heal our Land.” Click below. This recording is not our choir, but it does justice to the song.