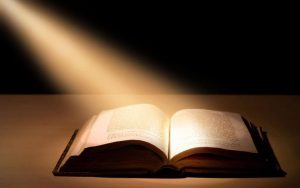 14But as for you, continue in what you have learned and firmly believed, knowing from whom you learned it, 15and how from childhood you have known the sacred writings that are able to instruct you for salvation through faith in Christ Jesus. 16All scripture is inspired by God and is useful for teaching, for reproof, for correction, and for training in righteousness, 17so that everyone who belongs to God may be proficient, equipped for every good work.

30 Now Jesus did many other signs in the presence of his disciples, which are not written in this book. 31 But these are written so that you may come to believe[d] that Jesus is the Messiah,[e] the Son of God, and that through believing you may have life in his name. 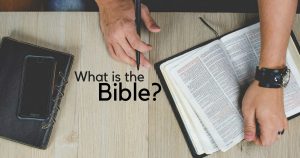 One of the reasons I like doing “Ask the Pastors” is I get ideas for sermons. Often someone asks a question, and I give an answer on the spot, but later I might think about more I could have said, or a different way to address it – so I often decide that it merits a full sermon. That’s the case today.

Two weeks ago, someone asked this question: If the Bible was written by humans, why do we call it the Word of God? As the politicians always say at debates and town halls, “That’s a great question. I’m so glad you asked me that question.”  – they start that way because it gives them a few more seconds to figure out how to begin to answer the question!

So, thank you for that great question. I’m so glad you asked me that question. That’s an excellent question! 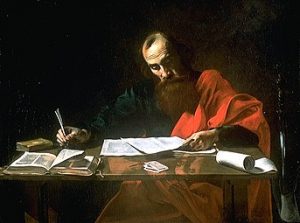 If the Bible was written by humans, why do we call it the Word of God?

One way to think about the Bible is to say that it has two natures, just like Jesus Christ our Savior.

We say that Jesus was “fully human, fully divine.” He was a flesh & blood human being, born into this world as a baby, he learned how to walk and talk and grew up just like all of us into an adult human being. He had all the same human emotions we do. He got frustrated with this disciples sometimes. He got angry at the religious hypocrites, and his heart was broken at the death of Lazarus. He worked & got tired; he ate & slept, because he had a normal human body, not a supernatural one.

Jesus was human, but by faith we say that he was also divine. He was also the Son of God, uniquely embodying the character and nature of the invisible God.

Colossians 1:15 says: “He is the exact image of the invisible God.”

Colossians 1:19 – “In him all the fullness of God was pleased to dwell.”

Most Christians believe that he is the best revelation of God that the world has ever known. That’s a statement of loyalty and allegiance, not fact. It’s a faith statement. I can’t prove that to you.  But in our faith tradition we say, if you want to know what God is like, look at the life & teachings, the death & resurrection of Jesus Christ. You’ll see what God looks like – how God loves unconditionally; how God forgives and heals and seeks to welcome all to the table, especially the underdogs and outcasts.

Jesus was human but he was also simply divine.

The same is true for the Bible.

The Bible is a very human book and it’s a divine book – for it, too, reveals the character and nature of God. Theologians talk about Christ as the Living Word of God and the Bible as the Written Word of God. Both have divine and human natures. 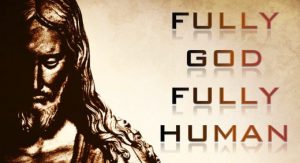 First, the Bible is a Human Book, a very human book.

It was written by humans, not dictated by God. It was written in human languages – Hebrew & Greek – not some special language of the gods that we then had to decipher.

And hugely important is this: time and time again the Bible reflects the times in which it was written.  This is where it gets challenging and uncomfortable for us.

A. The Bible has passages reflect a patriarchal view of men & women, with men being superior – even though Genesis 1 says that both men & women were made in God’s image, and Genesis 3 says that male domination is a sin, a result of the fall, of sin entering the world. But Patriarchy was part of the times.

B. Slavery was also a part of the times. The Bible has passages that seem to accept and allow slavery, and throughout the centuries folks have used those passages to justify slavery, even though the overall message of the Bible would be to condemn it, because according to various scriptures we’re all children of God.

There are a number of passages in scripture that demonstrate a worldview that we now consider wrong and outdated.

C. Isaiah 11:12 mentioned the “4 corners of the earth” suggesting that the earth was flat. Oops.

E. Of course, the other big issue when it comes to the humanness of the Bible is Violence & Holy Wars.

When the Israelites entered the Promised Land it says that God told Joshua & his army to destroy everyone who stood in their way. I don’t think they wrote that up correctly. That was how they wrote history – if it happened then God must have ordained it so.

But kill every man, woman & child is not a command that Jesus of Nazareth would have given. Jesus told Peter to put down his sword when they came to arrest him. Jesus said, “Blessed are the Peace-makers” and he taught people to love your enemies, not kill them.

So the Bible is a very human book. 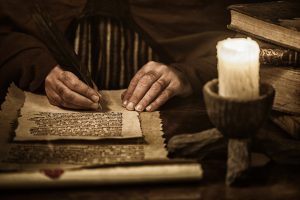 Part of the humanness of the Bible is differing opinions within the book itself.

The Bible isn’t just one book. It’s a library of 66 little books; written by over 40 authors, over a period of approximately 1500 years. Things change in 1500 years. New understandings emerge.

So the bible does move from allowing slavery to Paul saying to Philemon, “You know what you need to do with your slave Onesimus. He’s your brother in Christ. You need to do the right thing and set him free.”

The bible is filled with patriarchy, but it points us in the right direction in a number of places, especially Gal. 3:28 – “In Christ there is no male or female, for all are one in Christ Jesus.”

Here’s an illustration (borrowed from Brian McLaren’s, A New Kind of Christianity, ch.8).  Like all pastors I have quite a library of theological books, and you know what? – there’s a variety of opinions expressed in the books that I own. For example, I have two books by Emily Heath (and LGBTQ person) and nearby are 2 books by Billy Graham (a Southern Baptist). Even though I own all the books in my collection, they don’t all agree with each other.

You could have a library of philosophy books, but they won’t all agree.  (Aristotle & Plato viewed the world very differently, for example.)

You could have a library of psychology books, but they certainly won’t all agree. (think Freudian, Behavioral & Cognitive Psychology. All very different from each other) They’d present a variety of opinions and views.

The Bible is more a collection of spiritual books that a constitution for human behavior.

So, in what way then is the Bible the Word of God? 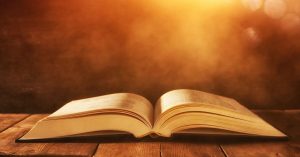 I look at the Bible as the message of God.

Act 4:31b says – “They were all filled with the Holy Spirit and spoke the word of God with boldness.”  Here, “logos” refers to the message of God, the Gospel message of Christ.

The Message of God became flesh & blood and dwelt among us in Jesus. Jesus is the Living Word, the Living Message.

The Bible is also the Message of God.

– how do I encounter God?

– what’s it’s mean to be a God-follower?

– What’s involved in that?

-How has it been done through the years?

In our faith tradition, the Bible is the definitive word on those subjects.

St. John put it this way: “these are written so that you may come to believe that Jesus is the Messiah, the Son of God, and that through believing you may have life in his name.” The Bible was written to give us a new kind of life in God through Christ. “life in his name.”

The sacred writings are the Message on how to have a spiritual relationship with God – and we’re given countless and varied examples on how to do it. There isn’t just one way to do it. 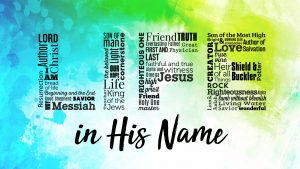 The library contains many different ways and examples of what it means to be a God-follower.

There’s Solomon’s Proverbs and John’s strange visions in the Book of Revelation.

There’s stories as different as Rahab the Harlot and Ruth the Moabite, but both stories are about loyalty.

The Message comes to us in so many different ways, doesn’t it? It’s the Message of Life with God. 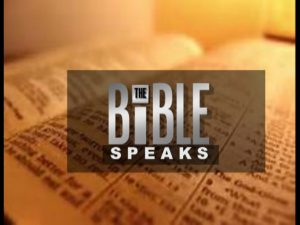 There’s one final point I have to make, and it’s probably the most important point of this message.

The Bible is called the Word of God because it speaks. It speaks truth from God’s heart to our hearts.

Martin Luther said this: “The Bible is alive, it speaks to me. It has feet, it runs after me. It has hands it lays hold of me.”

The Bible speaks words of truth into our souls.

God is love, and they that love are children of God.

God is light, and in God there is no darkness at all.

If we confess our sins God is faithful and just to remove our sins and cleanse us.

What does the Lord require of you, but to do justice, to love kindness and to walk humbly with your God.

Don’t those verses speak truth to you?

Even though I walk through the valley of the shadow of death, I fear no evil for you are with me.

God is our refuge and strength, a very present help in trouble.

The Bible is a Message on how to do life with God.

The Bible is also Messenger from God to us. It speaks words of truth from God’s heart to ours.

Illustration of God speaking from the scriptures.

Someone in the church I joined gave me a daily devotional called, “In Touch.”  It had readings for each day from the Living Bible, a very popular and modern translation. I vividly remember my 17th birthday. It was my first birthday as a Christian, so I couldn’t wait to see what this daily devotion would have for me on my birthday.

The passage that day was Proverbs 10:19, which the Living Bible translates this way: “Don’t talk so much. You keep putting your foot in your mouth. Be sensible and turn off the flow.”

The Bible is called the Word of God, because God uses it to speak words of truth to us.

And with that, it’s time for this preacher to “turn off the flow.”

Loving God, thank you for how you speak to us through the scriptures. Give us open minds and open hearts to hear a word from you. Amen.