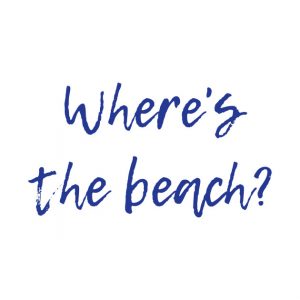 Series: “Going to the Beach with God this Summer”

We’re going to look at the story of Noah this morning. It’s of course one of the most famous stories in all the Bible, and for children, it’s likely to be their best-known story in all the scriptures. When approaching a story like this I’m reminded of a speaker I heard in college, Donald Barnhouse, Jr. He said this about the Adam & Eve story:

“If you believe it actually happened, you then ask yourself, what’s the point of the story?

“If you believe it’s a parable, divinely inspired but fictional, you then ask yourself, what’s the point of the story?

“So whether you view it as fact or fiction – you end up in the same place – what’s the point of the story?”

I imagine you’ve heard that flood stories were common in the religions of ancient peoples. Some say that supports a more historical view – it really happened that’s why so many people wrote about it. Others conclude just the opposite – floods were a common occurrence and they often viewed them as acts of God.

No matter how I feel about a story, I always approach it as if these were real people – just like I read a novel. We need the characters to come alive in our minds – don’t we? – for the story to have any meaning or energy or power!     (Ex.Prodigal Son, Forgiving Father, Elder Brother)

The story of Noah’s Ark takes up 4 long chapters in the Bible. We’re just going to look at Ch. 6 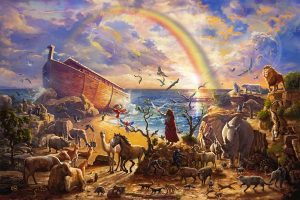 5The Lord saw that the wickedness of humankind was great in the earth, and that every inclination of the thoughts of their hearts was only evil continually.

6And the Lord was sorry that he had made humankind on the earth, and it grieved him to his heart. 7So the Lord said, “I will blot out from the earth the human beings I have created—people together with animals and creeping things and birds of the air, for I am sorry that I have made them.”

Let’s pause there for a moment.

Note: Vs. 6 – the Lord was sorry that he had made humankind on the earth.

I’m usually quick to say, “Well, that’s assigning a human reaction and human emotions to God.”  The word is “anthropromorphic” – making God too human, remaking God in our own image, instead of the other way around.

But it’s not an unreasonable thought, is it? – to ask – When God has seen all the evil and devastation in the world caused by man’s inhumanity to man, has God ever felt regret for making us in the first place?  – for giving us too much freewill than we can handle? (although I guess freewill is an all or nothing thing. We either have it or we don’t)

Jesus wept upon this earth.

8But Noah found favor in the sight of the Lord. 9These are the descendants of Noah. Noah was a righteous man, blameless in his generation; Noah walked with God. 10And Noah had three sons, Shem, Ham, and Japheth.

13And God said to Noah, “I have determined to make an end of all flesh, for the earth is filled with violence because of them; now I am going to destroy them along with the earth. 14Make yourself an ark of cypress wood; make rooms in the ark, and cover it inside and out with pitch.15This is how you are to make it: the length of the ark three hundred cubits, its width fifty cubits, and its height thirty cubits. 16Make a roof for the ark, and finish it to a cubit above; and put the door of the ark in its side; make it with lower, second, and third decks. 17For my part, I am going to bring a flood of waters on the earth, to destroy from under heaven all flesh in which is the breath of life; everything that is on the earth shall die. 18But I will establish my covenant with you; and you shall come into the ark, you, your sons, your wife, and your sons’ wives with you. 19And of every living thing, of all flesh, you shall bring two of every kind into the ark, to keep them alive with you; they shall be male and female. 20Of the birds according to their kinds, and of the animals according to their kinds, of every creeping thing of the ground according to its kind, two of every kind shall come in to you, to keep them alive.21Also take with you every kind of food that is eaten, and store it up; and it shall serve as food for you and for them.”

22Noah did this; he did all that God commanded him. 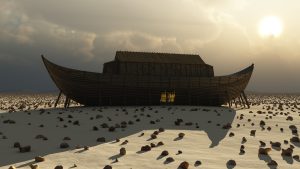 This summer we’re Going to the Beach with God.

For two reasons – who doesn’t like to go to the beach?

And secondly, big things happen on beaches in the Bible.

It seems to be a place of decision-making and turning points in our sacred stories.

For a child, it can be when a child their age moves into the neighborhood & they hit it off right away, and life is good! But life also changes when that same child suddenly moves away. Sometimes life can just pull the rug right out from under us, can’t it?

The test results come back and they’re concerning. A job loss. Loss of a relationship. Death of a loved one. A sudden loss of mobility.

Life is unpredictable and it can change on a dime.

The ancient Greek Philosopher Heraclitus taught that there was only one constant in life, and that is change.  He was famous for saying, You can never step in the same river twice.” The only thing we can count on is change. 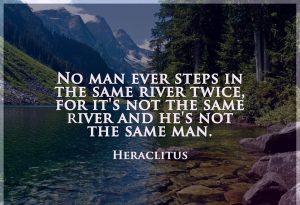 Of course, Good Old Noah would say, “No, the one thing we can truly count on and cling to is God.”

But you know what? – Noah was ready for it. Noah could handle it. Why? Because he was on solid ground before the storms hit. Noah had his act together, you might say. He didn’t know a crisis was coming, but he was ready for it when it came. And that’s important because – what we take with us into a crisis plays a huge part in how we get through the crisis. You want to be on higher ground when the waters rise. You’d better have built something strong when the flood waters get over your head. 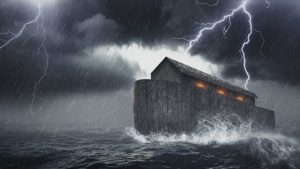 What we take with us into a crisis will largely determines how we manage that crisis.

Do we have good friends around us who will stay with us in our messes?

Do we have a church community to hold us in prayer and walk with us through life’s valleys?

Are we people who have cultivated hope and courage and trust along the journeys of our lives?

Do we have faith and an ongoing conversation with God?

Here’s what Noah had going for him before the crisis, before the flood: Noah had, “found favor in the sight of the Lord . . . Noah was a righteous man, blameless in his generation; Noah walked with God.” (6:8-9)

Before Noah ever built an ark, he had first built a life – a solid life, a spiritual life, a good life. He lived a life that pleased God and honored God. He was an “able citizen” in this world and for the Kingdom of God.

Noah was used to saying ‘Yes’ to God. Trying to please God and honor God wasn’t something new for Noah. It was how he lived his life. There was consistency, stability and purpose.

Some years ago Eugene Peterson wrote a book that could have been written about Noah. It was called, “A Long Obedience in the Same Direction.” 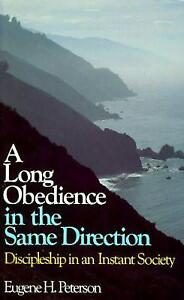 A Long Obedience in the Same Direction. That was Noah.

So he didn’t hesitate when God called him.

He simply picked up his hammer & saw and started building!

And by doing so he saved his family and his world.

And that’s the point of the story!

Noah’s life was centered upon God.

And honoring God, responding to God and following God had become part of his DNA.

And that served him well when the floods came.

It will serve us well, too.

Let’s pray about it:

Help us hear your voice – through the tug of our hearts, or a thought that just won’t go away, or the words of a friend, a loved one or scripture; and then help us respond in faith and faithfulness. Gracious, compassionate God, we know that storms come to all of us. Help us fortify our spirits by practicing hope. And help us fortify others by practicing kindness and connection. Amen. 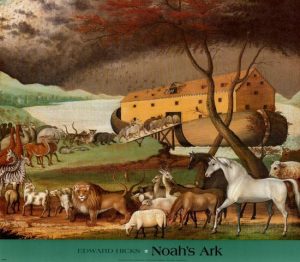