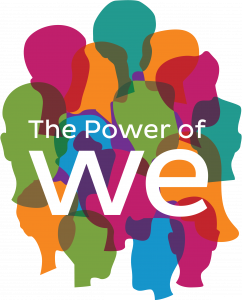 4For as in one body we have many members, and not all the members have the same function, 5so we, who are many, are one body in Christ, and individually we are members one of another.

By “Developing Opinion” I mean that I’ve come to this idea recently, and probably haven’t thought through all its implications yet, and may not even be able to articulate as well as I’d like to. But I still think it’s worth your time and mine today.

(That is the worst introduction to a sermon that you will ever hear!!!! If my preaching professor from seminary was here he’d have his head bowed, shaking his head with his hands covering his face!) 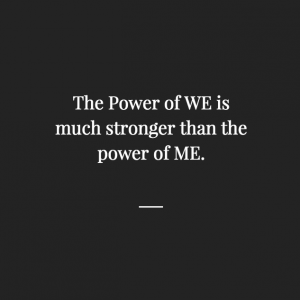 My developing opinion is two-fold:

The Bible begins in Genesis 1.

We first meet God there, God Almighty, God Omnipotent, Maker of heaven & earth. But suddenly in vs. 26 we find out that God is not alone. Then God said, “Let us make humankind in our image.” God Almighty has company! Who is God talking to?

Or is it a conversation among the God-head, the Trinity?

It’s above my pay-grade to give a definite answer on that question, however it’s interesting to note that in the very first chapter of the Bible we read that God is relational. God exists in community. In Christian theology, God exists as Father, Son & Holy Spirit. Relationship is part of God’s DNA. And so if we’re made in God’s image, it must be part of our DNA, too! And indeed it is!

We begin life in our mother’s womb connected.

We enter this world literally connected to someone. It takes 6-7 months for most babies to learn that their body is a separate & distinct body from their mother’s body. And once they realize this, separation anxiety begins to appear.

Our most natural state is connection.

We’re most human when we are connected to others. 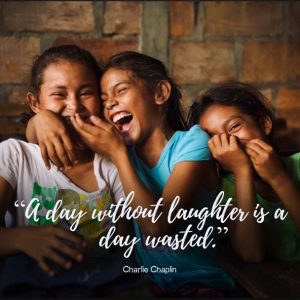 Illustration. I think I told you about the time I was attending a musical comedy in college. It was “Guys & Dolls” It was extremely funny, well done, and filled with belly laughs. Sitting in the row in front of me one seat over was one of my professors. I was sitting with friends, he was sitting by himself. He was a very nice man, known as a bit of a loner. Because of how we were sitting I couldn’t help but notice his reactions all night. Whenever something really funny happened he looked around to catch someone’s eye. He was looking for someone to share the laugh with.  And of course most people go to the theater with someone and so he could hardly find anybody to laugh with.

I was 19 or 20 when this took place, and I had had very few profound thoughts in my life up until then. But this incident demonstrated to me something very profound. It’s that life, like laughter is meant to be shared.

“Let us make humankind in our image.”

We Americans tend to forget the importance of “We.”

We lift up the individual. The Self-Made Man / Woman. We love to honor individuals – the brightest, the smartest, the richest, the fastest, the strongest, the ones who stand out from the crowd. 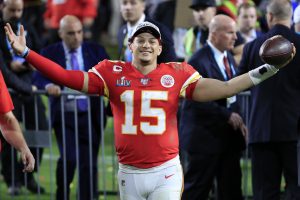 Illustration. MVP – It always strikes me how funny it is to name a Most Valuable Player in a team sport. In Super Bowls, usually one of the quarterbacks wins the MVP. But if Patrick Mahomes or Jimmy G has a good day, who really should get the credit? The offensive line, especially the left tackle who protects a quarterback’s blind side. Have you ever heard of a left tackle earning the MVP? Sadly, tragically, that never happens. You know what position I played in high school? – left tackle. I tell you, we get no respect!

My point is simply that giving out individual awards in a team sport shows how individualistically oriented we are.

Christianity is a team sport.

What’s the first word of the Lord’s Prayer?   “Our”

In Luke’s Gospel, the setting of the Lord’s Prayer was the disciples going to Jesus one day and saying, “Lord, teach us to pray.” And he said, “Ok, start this way, 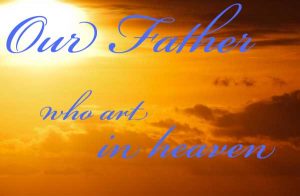 When we read the Bible, we usually ask ourselves – “What is this passage saying to me?” And there’s nothing wrong with that question. The only issue is that most of the Bible was not written to individuals but rather to congregations, to groups of We.

“If anyone has ears to hear, let him listen to what the Spirit is saying to the churches.” – Revelation 2:29

The Book of Revelation is addressed “to the 7 churches.”

Most of Scripture is addressed to a people, a people in community, with a shared identity, doing life together.

Or think about Paul’s letters to the Romans, the Corinthians, – Gal. Eph. Phil. Col.

UCC author, Tony Robinson says,  What if we are most truly who we are, not when alone or in isolation, but when together, with others, with church?

The Apostle Paul put it this way in his letter to the church in Rome: “We, who are many, are one body in Christ, and individually we are members one of another.”

We are members one of another.

Paul is urging the Roman Christians to view themselves first and foremost as part of a “We” not just a collection of “I’s.”

Perhaps the basic unit of humanity is “We” and not “I”?

Perhaps we’re most human, most who God created us to be, when we’re part of a “We”? – like church! 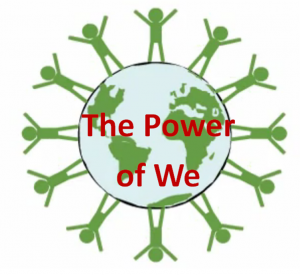 And couldn’t we make a lot of progress in the issues facing the world today, if we emphasized the “We” a little more?

We’re addicted to plastic, and too much of it ends up in the ocean here and especially in the far east, far away from us. They’ve now found that tiny particles of plastic gets consumed by the fish, and then we consume those little particles of plastic when we eat the fish. (That’s a pleasant thought.) 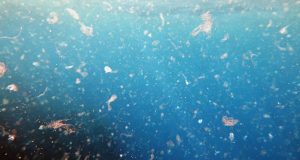 As an individual, I feel powerless to make a difference. But if I approached it with a sense of “We” – we are all in this together – I would become fanatical not only about recycling but also trying to use as little plastic as possible.

My wife is fanatical when it comes to plastic.

Alisa takes her travel mug into Dunkin Donuts to get coffee.

Instead of plastic wrap or baggies she uses these reusable wrap things. And we have to clean them and spread them out on the counter to dry.

Alisa uses shampoo that comes like a bar of soap, instead of in a plastic container. She got me one of the shampoo bars for Christmas. I’d have rather had socks & a tie! 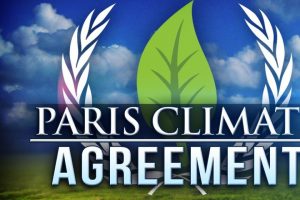 2.Think about the United States pulling out of the Paris

This “America First” policy strikes me as too much “I” and not enough “We.”

3. How about Gun Violence in America, and putting restrictions on assault rifles?

“How dare you impinge upon my individual rights!”

That’s an “I” way of thinking.

I’ll close by telling you about a very special place that takes a “We” approach.

Illustration. A Lobster Community in Maine

Off the coast of Maine there’s a lovely island called, Monhegan Island. – it’s down the coast from Portland, a little past Boothbay Harbor, 12 miles out to sea. The year-round population of Monhegan Island is 68. Although it’s a known artist colony, the number one industry and occupation is Lobstering.

The Lobster men & women fish in the winter months, because the island is surrounded by a conservation zone. December 1 is “Trap Day,” the day all the lobster traps are hauled onto the docks and into the boats. 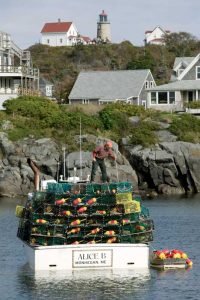 One of unusual traditions of Monheganers is that they don’t start their Lobstering season until everyone is ready. If somebody has engine trouble or a sick relative on the mainland, fishing is postponed until they can start too. A number of years back, December 1 fell on a Sunday, and so the majority decided to start the season that day. They quickly realized that day that several of the fishermen kept the sabbath on Sunday and didn’t start that day. So since then, the lobstering season never starts on a Sunday.

If I were a lobster fisherman, that’s where I’d want to live

They understand the Power, the Beauty and the Importance of “We.” 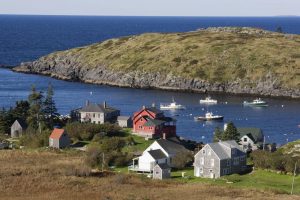 I first heard about the Monhegan Island story from my friend Michael McGrath in his great book, Decide Better for a Better Life. 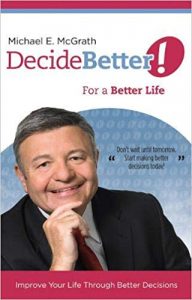