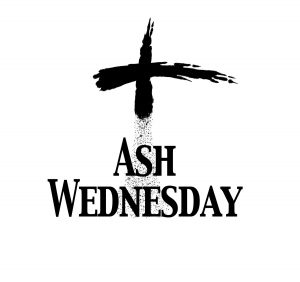 Of all our holy days and holidays Ash Wednesday is the most blunt and the most honest.

Remember that you are dust, and to dust you shall return.

Can you think of another holiday that’s as jarring? That’s why it’s never been commercialized. Ash Wednesday is blunt and honest about two things:

The ashes are a symbol of repentance, turning from sins. They symbolize a desire to do better, which means that they also symbolize that fact that we struggle. We’re not as picture perfect as we’d like people to think. In fact, things can get a little messy at times. That’s why ashes are the perfect sign! Few people look good with ashes on their forehead, especially if I’m the one putting on those ashes! Many times I’ve wanted to say to folks,  “I’m so sorry! That’s not my best work!” 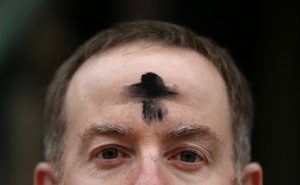 In a world where we always try to put on a good face, the ashes bring us back to reality.

In biblical times, ashes were used as a sign of repentance.

When Job finally hears from God, he is humbled to his core and says, “I repent in dust and ashes” (Job 42:5).

The prophet Daniel recalled this: “I turned to the Lord God, pleading in earnest prayer, with fasting, sackcloth and ashes” (Daniel 9:3).

Jesus spoke of the practice in Matthew 11:21 and Luke 10:13: “Woe to you, Bethsaida! For if the deeds of power done in you had been done in Tyre and Sidon, they would have repented long ago, sitting in sackcloth and ashes.”

Ashes symbolized the desire to get right with God, to draw near to God in humility and repentance.  Ashes are a sign that we’re getting serious about our sins.

In the New Testament, the word for sin is harmartia. It’s archery term that means missing the mark, falling short of the target, not hitting the bullseye. This gives us some words to use in our confessions to God and to each other: “’I missed the mark’ on that one.”

In the Old Testament the concept of sin means breaking our covenant with God, living as if God had no claim upon us. There’s that line from The Man of LaMancha, where Don Quixote says, “Dulcinea, remember who you are. You’re Dulcinea!”

We sin, we wander from the path, when we forget who we are and whose we are.

You know, I thought about leaving this entire part out of my message. I mean, we’re still in the midst of a pandemic. No one wants to hear about sin. But isn’t it when we’re stressed or anxious or fearful or frustrated that we’re most likely to engage in behavior that isn’t helpful? We can be inpatient, lose our tempers, be short with people, and focus more on our fears than anything else. We miss the mark. These are all behaviors that call for repentance. We need the blunt honesty of Ash Wednesday about now.

2. Ash Wednesday is honest about something else: Our Mortality.

Genesis 3:19 – records God’s words to Adam after the Fall, after sin had entered the world, God spells out the consequences of sin.

“By the sweat of your face you shall eat bread until you return to the ground, for out of it you were taken; you are dust, and to dust you shall return.”

It’s not something we like to think about, is it?

A few years ago, we promoted the idea of writing down one’s funeral plans. It’s such a kind and thoughtful thing to do for your family. I did a newsletter article on the subject. We sent a Funeral Planning Worksheet out to the entire congregation. We placed copies of it around the church, and tried to talk it up for a while.

Guess how many we got returned?  Three.

Now, we didn’t set goals for how many we’d hope to collect. But if we had, it would have been higher than three! 😊

But I understand – thinking about our mortality is not fun. This is why there are so many anti-aging products. It’s estimated that Americans spend over $14 bil a year on anti-products. That’s how much we spend fighting a losing battle!

We don’t like to think about our mortality. Yet, it’s the fact that we’re going to die someday that makes this day so meaningful.

Of course, in the midst of this pandemic we don’t really need much of a reminder of our mortality, do we? Every night on the news we see the totals – statewide, nationwide, worldwide. It often seems like death is all around us and it’s inescapable. We’re constantly reminded of the fragility of life and the finality of life. So I was interested to read something else about ashes this week. I’ve known they were a sign of repentance and our mortality . . . 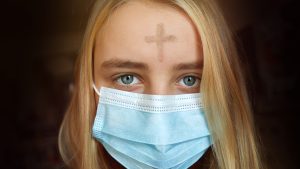 3. But I discovered that in biblical times ashes were also a sign of grief.

Ashes were sometimes used as a reaction to something terrible happening. One example is Tamar in II Samuel 13. After something absolutely horrible had happened to Tamar, here’s what she did:

Maybe this year it’s this third meaning of the ashes that speaks most strongly to us? They can serve as a sign of grief for all the losses caused by Covid 19. We need to grieve  the impact of the virus – how much our lives have changed, how many things we’ve lost out on – for almost a year now. And we need to grieve all of the lives that have been lost.

Think about the ceremonies that have been held for other tragedies – Sept. 11, Pearl Harbor, mass shootings. Sadly, our nation has gotten pretty good at remembering events like these and helping us grieve. But there hasn’t been one commemoration for the lives lost  during this pandemic until night before the inauguration. Pres. Biden & VP Harris held a service of remembrance at the Lincoln Memorial for all those lives who’ve been lost to Covid 19. It was simple, but I found it very powerful.

We need to grieve . . . otherwise the grief comes out sideways – in anger or shortness with others, in a vague undefined depression, in bad habits such as over-eating, over-drinking or over-spending.

So let’s take a few moments and think about these 3 meanings of the ashes.

The ashes remind us that we are flawed people, O God. Sometimes we try to hide this fact from others and ever from ourselves. All to often we do what the Apostle Paul described – we fail to do what we ought to do and we do the very things we try not to do. Forgive us. Cleanse us. And teach us the power of a heart tilted towards you in repentance.

The ashes remind us also of our mortality. But that just means that one day we will return to you, our God. Help us to make our days count for you and your purposes.

And this year especially, the ashes call us to grieve the lives lost, the relationships lost, changed and diminished. It’s almost been a year since the losses began. We’re tired. We’re saddened. We grieve. But we cling to you, Dear Lord, for you have the words of eternal life. We remember who we are and whose we are. We belong to you – this night and forever. Amen.