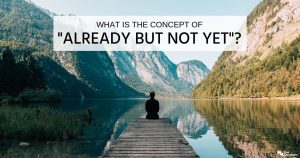 See what love the Father has given us, that we should be called children of God; and that is what we are. The reason the world does not know us is that it did not know him. 2Beloved, we are God’s children now; what we will be has not yet been revealed. What we do know is this: when he is revealed, we will be like him, for we will see him as he is. 3And all who have this hope in him purify themselves, just as he is pure. 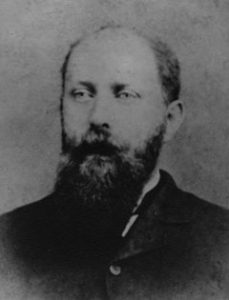 I have two friends working on novels right now. One of them is named, Tom.

Tom is a retired Orthopedic Surgeon, and he’s writing a book on another doctor by the name of Alonzo Clifton McClennan. Dr. McClennan was born in 1855 (1855-1912). He was one of the first African American doctors in Charleston, South Carolina. Dr. McClennan was the second African American to receive an appointment to the United States Naval Academy. He eventually went to medical school and pharmacy school. He founded the first black drug store in Charleston, “The People’s Pharmacy,” and later in 1897 co-founded the Charleston Hospital to care for black patients and the Nursing school at the hospital to train black nurses. He grew up during the Reconstruction Era following the Civil War. It was not an easy time, to say the least.

My friend Tom is writing an historical fiction novel about Dr. McClennan, because he feels his is an important story that hasn’t been told. Tom has come to the last chapter of his novel.

I suspect that the first & last chapters of a novel would be the hardest ones to write. Not too long ago over lunch, Tom said to me, “I want to end on a hopeful note, but not too hopeful.  Dr. McClennan accomplished a great deal, but surely he knew that there was a long way to go.”

Tom then said he thought about ending the book with Dr. McClennan in church, hearing a black preacher preaching on this idea that, “We’ve come a long way, but we’ve got a long way to go.”

I suggested that the preacher preach on the idea of, “The Already and the Not Yet.”

“The Already and the Not Yet.”

We’ve seen where we want to go, but we’re not there yet.

We’ve already tasted what we yearn for, but we haven’t had the whole meal yet.

We’ve seen the Promised Land (as Dr. King said), we’ve even experienced a bit of what it’s like there, but we’re not there yet.

“The Already and the Not Yet.”

It then occurred to me that I’ve never preached on the subject of, “The Already and the Not Yet.”  So here goes . . . 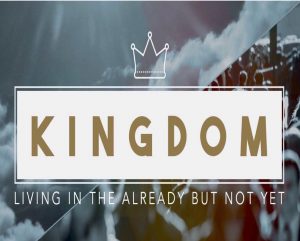 Other translations say, “The Kingdom of God is in your midst.”  (NIV)

Still others say, “The Kingdom of God is within you.” (Kg. James)

Jesus taught us to pray, “Thy Kingdom come,” because

Revelation 11:15 has clearly not been fulfilled yet, “The kingdom of the world has become the kingdom of our Lord and of his Christ, and he shall reign forever and ever.”

The Already, but Not Yet fully. 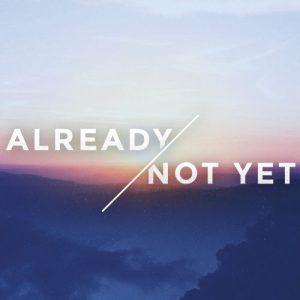 In John’s First Letter, Ch. 3:2 we read, “Beloved, we are God’s children now; what we will be has not yet been revealed.”

We are God’s children today, here & now – beloved by God, part of the family of God, called God’s Sons & Daughters and welcomed at God’s table. But one day, all will realize that all people are God’s children, and all of us will live fully as God’s children in God’s kingdom, and God shall reign forever and ever.

The Kingdom of God is both present and future. We presently live in God’s Kingdom as citizens of heaven, but the Kingdom has not fully come.

We glorify God here and now, but God’s Kingdom has not yet come in all it’s glory.

So much of the tension, struggle & paradox of the Christian life is summed up in this phrase.

Yet, we’re still sinners in need of God’s mercy & grace.

The Already (New Creations) and the Not Yet (still sinners).

We’re given the gift of the Holy Spirit.

It’s the Spirit of God within us that creates faith and inspires us to worship, love and serve.

But we’re still imperfect, prone-to-wander people, who need to continually pray to be filled with the Holy Spirit. “Come, Holy Spirit, Come!” 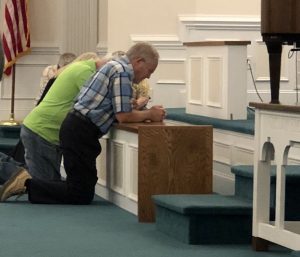 Illustration. You probably heard about the guy who came forward at the end of every service at the Baptist church. He responded to every altar call, and he knelt at the altar up front and every Sunday he cried out,

Every single Sunday he cried out the same thing. “Fill me, Jesus! Fill me, Lord, Fill me!”

Finally, one day someone had had enough of it, and so when he cried out, “Fill me, Jesus! Fill me, Lord!,” a guy from the back shouted, “Don’t do it, Lord. He leaks!”

The truth is, we all leak.

God gives us Christ’s Spirit within us, but we are not what we one day will be in Christ.

We experience God’s Presence in precious, precious moments of prayer, worship and communion, in moments of love and grace. And yet, we also experience times of spiritual dryness, the “Dark Night of the Soul,” as it’s been called.

We experience the beautiful bonds of Christian fellowship and friendship.

But then we have misunderstandings, sometimes sharp disagreements and hurt feelings. Relationships get strained and out of whack.  Bonds of Christian fellowship are sometimes broken.

We will share in the Lord’s Supper today, a small piece of bread and a cup of juice.

But one day we will feast at God’s table in heaven.

I’ll close with this thought.

This side of Heaven, we need both the Already and the Not Yet.

Some Christians focus almost solely on the Not Yet, and they devote all their energies and all their resources to righting the world’s wrongs, making just the injustices, fighting the good fight with all their might. And these are holy tasks.

But sometimes these folks can be so focused on the “Not Yet” that they miss the “Already!” They miss what we already have!!!

They miss the joy of walking with God!

They miss the peace of resting in God!

They miss the love found in the worship of God!

They miss the beauty of Christian fellowship!

They miss the strength of Christian friendship!

They miss the things we already have!

Of course, other folks err on the opposite side. These folks are so busy enjoying the “Already” that they seldom get around to the “Not Yet.”

This world is Not Yet what God would have it be. And we get to participate in the work and even the coming of God’s Kingdom through our acts of justice and compassion. We become part of an answer to that prayer – “Thy Kingdom come, Lord. Thy will be done, on earth as it is in heaven.”

I don’t know how my friend Tom will end his novel, but I do know this –

When the final chapter of our lives comes to a close, the “Not Yet” part will be over, and the “Already” will have come forever and ever and ever!

That’s how the story ends!

Lord, prepare us for that day, but just as importantly, prepare us to live this day for you and your kingdom. Come to us now through the sacred meal. Fill us with the Living Christ! In his name we pray. Amen.

To learn more about this topic just google, “The Already and the Not Yet.” The concept was first introduced by Gerhardus Johannes Vos (March 14, 1862 – August 13, 1949) of Princeton Theological Seminary. It was further popularized in the 1950s by George Eldon Ladd, a professor at Fuller Theological Seminary. 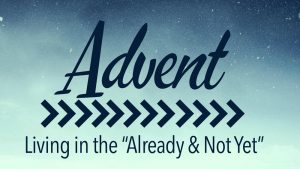