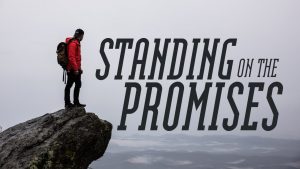 I John 1:9 – If we confess our sins, he who is faithful and just will forgive us our sins and cleanse us from all unrighteousness.

Romans 8:1 – There is therefore now no condemnation for those who are in Christ Jesus.

Matthew 5:4 – “Blessed are those who mourn, for they will be comforted.”

Romans 8:38-39 – For I am convinced that neither death, nor life, nor angels, nor rulers, nor things present, nor things to come, nor powers, nor height, nor depth, nor anything else in all creation, will be able to separate us from the love of God in Christ Jesus our Lord.

We’ve talked before about the different kinds of literature in the Bible – Biblical Genres. Poetry. Psalms, Parables, Proverbs, Prophesy, Stories. Letters, Gospels, and Apocalyptic (visions of the end times). It’s an important concept because not all Bible verses are created equal, and there are different ways you read and interpret the various kinds of literatures.

For example, in David’s powerful prayer of confession, Psalm 51, he feels so guilty that he says that his sinfulness started at the moment of his conception. That’s taking it a bit too far, don’t you think?   Ps. 51:5 – I was born guilty, a sinner when my mother conceived me. Now, here’s the important thing: this verse does not teach anything about original sin or that lovely phrase, “total depravity,” because it’s a psalm, a prayer, and not a teaching (such as what we find in the Gospels and in the NT letters). David is expressing an emotion, not teaching a doctrine. That’s just one example, but hopefully you can see how important it is to understand the various types of biblical literature.

I’ve spoken on this before, however . . . there’s one type of genre that I’ve left out. It’s not so much a literary genre; it’s more a spiritual or theological genre. The genre, or type of Biblical writing that I’m thinking about is Promises. The Promises of God. The Promises of Jesus. Aside from the accounts of Holy Week, there are probably no scriptures of greater value to us than the Promises of God.

I believe that these promises are objective truths.

An example. Let’s suppose I make you a promise. I will do my utmost to keep my promise, because I can’t stand letting people down. But I might forget! – especially if I don’t write it down! My character is imperfect. God’s is perfect. My memory is fallible. God’s is infallible. According to Scripture there is only one thing God forgets, and that’s our sins. God “remembers them no more.” (Jer. 31:34 and Heb. 8:12)

God’s Grace is God’s promise to You. God’s Forgiveness is a promise made to you, backed by the sacrificial love of Christ.

Promises are an important part of life, more important than we probably realize. In many ways, promises shape and sustain our lives. What holds a marriage together? Love and Promises. You can have a wedding ceremony without wedding rings. You can have one without “Here Comes the Bride.” You can even have one without I Corinthians 13 (“Love is patient. Love is kind.”). And in most states, you can have a legal ceremony without witnesses. But one thing you can never leave out of a wedding is the vows!  It’s those promises that make two people married. “I take you to be my wedded wife/husband, and I promise to love and sustain you in the Covenant of marriage – for better, for worse, for richer for poorer, in sickness and in health, to love and to cherish, as long as we both shall live.” 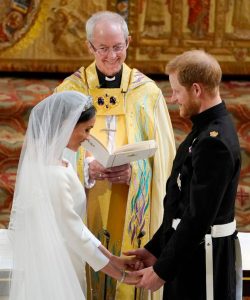 In many professions, people make vows to become officially recognized and authorized in that profession. The Hippocratic Oath for Doctors goes back to the time of the Greeks.  Do no harm. Respect peoples’ bodies, keep confidentiality.  These promises have shaped the medical professions for over 2000 years.

Public Servants take oaths, such as promising to protect and defend the Constitution of the United States. I took ordination vows. And when I was installed as your pastor, I made promises and you made promises, and those promises have shaped our life together. Promises are more important than we realize.

I’ll close by telling you about two people who understood the power of God’s promises.

The first is named, Rae. Rae met her husband Al many years ago when they were both graduate students at Harvard. Rae’s from Wales in England. She’s a very dignified, wonderful British lady. When Al got sick, life suddenly became very complicated and challenging for Rae. So much care was required, countless doctor’s appointments, tests, prognosis, so many decisions to make. I bumped into Rae one day on the church grounds. We chatted for a bit, and then she said, “Oh, let me show you something.” And she pulled out a baggie filled with 3 x 5 cards.  On each card she had written a verse from the Bible. Each one was a promise.

“They that wait upon the Lord shall renew their strength.” – Isaiah 40:31

And then in a very matter of fact way, Rae said to me, “These are getting me through.” What was getting her through? Promises! The Promises of God.

Hebrew 6:19 –  “We have this hope as an anchor for the soul, firm and secure.” Anchors are pretty important, aren’t they? Without it, the ship would just drift about in the sea aimlessly.

What is our anchor? The Promises of God! 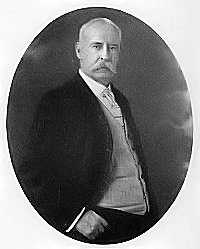 There’s one more person I’d like to tell you about who had an anchor for his soul and his life. His name was Russell Kelso Carter. He was a remarkable man of many interests and abilities. Mr. Carter held a number of teaching posts at his alma mater, the Pennsylvania Military Academy including professor of chemistry, natural science, civil engineering and mathematics. He not only taught, but he also published textbooks in his various disciplines and even authored several novels. Mr. Carter then spent several years as an ordained Methodist minister, and then went to medical school and became a doctor.

Even though Russell Carter was a practicing Christian for most of his life, it wasn’t until a crisis with his heart that he began to understand the reality and power of Biblical promises. At age 30, he was in critical condition and the doctors could do nothing more for him. Russell Carter turned to God for help, hope, and healing. He knelt and made a promise that healing or no healing, his life was finally and forever, fully consecrated to the service of Christ. It was from that moment that the Promises of God became alive to him. He began to cling to the promises of God, determining to believe no matter what his physical condition, no matter how he felt, that God’s hand was upon him and God’s blessings were his. Over the course of the next several months his strength returned, and he lived another healthy 49 years. But that idea of Standing on the Promises of God was a spiritual discipline that he practiced for the rest of his life. He even wrote a well-known hymn about this practice of standing on the Promises of God, building your life and your spirituality on the Promises of God. It’s called, not surprisingly, “Standing on the Promises of God.” Before Margie & Glenn sing it, may I review my list of God’s Promises with you again?

I John 1:9 – If we confess our sins, he who is faithful and just will forgive us our sins and cleanse us from all unrighteousness.

Romans 8:1 – There is therefore now no condemnation for those who are in Christ Jesus.

Matthew 5:4 – “Blessed are those who mourn, for they will be comforted.”

Romans 8:38-39 – For I am convinced that neither death, nor life, nor angels, nor rulers, nor things present, nor things to come, nor powers, nor height, nor depth, nor anything else in all creation, will be able to separate us from the love of God in Christ Jesus our Lord.

Here’s a nice rendition of “Standing on the Promises of God.”