John says this is the third time John tells us about a post-resurrection appearance of Christ; twice in the Upper Room and now here on the beach. Let’s take a look.

After these things Jesus showed himself again to the disciples by the Sea of Tiberias; and he showed himself in this way.  Gathered there together were Simon Peter, Thomas called the Twin, Nathanael of Cana in Galilee, the sons of Zebedee, and two others of his disciples.  Simon Peter said to them, “I am going fishing.” They said to him, “We will go with you.” They went out and got into the boat, but that night they caught nothing.

Just after daybreak, Jesus stood on the beach; but the disciples did not know that it was Jesus. Jesus said to them, “Children, you have no fish, have you?” They answered him, “No.” He said to them, “Cast the net to the right side of the boat, and you will find some.” So they cast it, and now they were not able to haul it in because there were so many fish.  That disciple whom Jesus loved said to Peter, “It is the Lord!” When Simon Peter heard that it was the Lord, he put on some clothes, for he was naked, and jumped into the sea. But the other disciples came in the boat, dragging the net full of fish, for they were not far from the land, only about a hundred yards off.

When they had gone ashore, they saw a charcoal fire there, with fish on it, and bread.  Jesus said to them, “Bring some of the fish that you have just caught.”  So Simon Peter went aboard and hauled the net ashore, full of large fish, a hundred fifty-three of them; and though there were so many, the net was not torn.  Jesus said to them, “Come and have breakfast.” Now none of the disciples dared to ask him, “Who are you?” because they knew it was the Lord.  Jesus came and took the bread and gave it to them, and did the same with the fish. This was now the third time that Jesus appeared to the disciples after he was raised from the dead.

I’d like to share with you Three Spiritual Principles from this encounter on the beach with the Risen Christ.

God doesn’t divide life into the sacred and secular. Jesus meets the disciples while they’re at work, while they’re doing their “secular” jobs. He even helps them do their job. Then he cooks them breakfast and enjoys their friendship in a very natural, personal way.

We sometimes divide life into the sacred and the secular.

Jesus meets them in their “secular world.” Notice he doesn’t chide them for working – even though it was a sign that they didn’t fully understand the importance of his resurrection! He meets them where they’re at – at work. God wants to be in all our worlds – our work world, in our family life, our social life, our relationships with each other, with creation, etc.  There is no secular world!

2. The second principle is this: God wants to work in partnership with us.

It’s not all up to us. Nor should we expect God to do it all. The way they caught the fish illustrates this idea of partnership. What John describes here was a very common fishing technique in the 1st Century. They often fished at night, and they utilized a Spotter, either in another boat or on the shoreline. At night the spotter would have a torch to try and spot the fish. He’d then call out instructions to those in the boat in order to lead them to the fish.

Sometimes we pray, “Lord, I need you to perform a miracle,” And Jesus says, “Let’s work together to figure this out.” We’d like a miracle, but usually God just guides us through the natural processes of our lives to work things together for our good and for God’s Kingdom.

The story illustrates trusting Jesus in this partnership and accepting leadership from him.

Do you think Peter wanted to cast his net on the other side of the boat? – especially after Jesus said, “Children.”

I’ll bet he thought, “Who does this guy think he is? We’re professionals!”   But he did it! He followed Jesus’ instructions!

What were some of Jesus first words to these guys? “Follow Me” – “Learn from me.”

They had learned to respond to his voice, his call. In this instance unconsciously – not even knowing it was him.

So the story illustrates our partnership with God and learning to respond when Christ calls us. 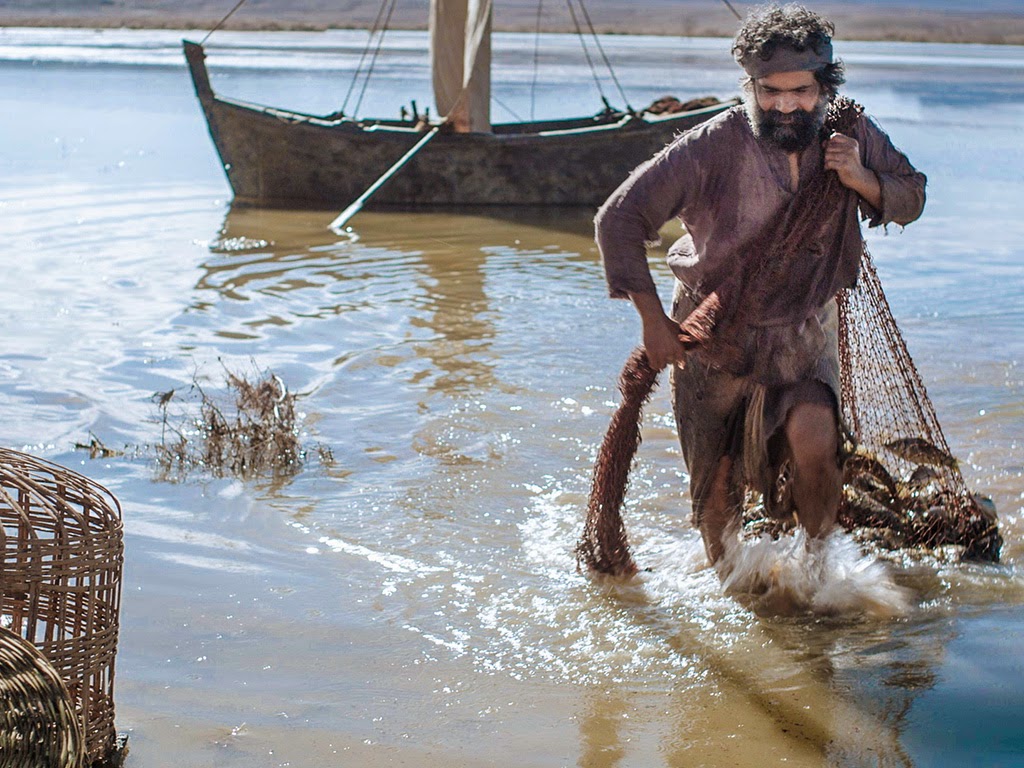 3. There’s one other spiritual principle illustrated in this story, and it has to do with the number 153. That’s how many fish they caught. John wanted us to know that.

St. Jerome had an interesting theory about the number 153. Jerome said that at this time in history human beings had recorded 153 different types of fish in the sea. Jerome believed that the number of fish are mentioned to remind us that in God’s Family there is room for all. Jesus doesn’t leave anyone out. Nor should we.

Illustration. Our denomination, the United Church of Christ, had a controversial ad a few years ago. It was called, “The Bouncer.” It showed people walking into a church on a Sunday morning, and some are let in by the Bouncer, and some are not. Two men walking together are rejected at the door. So are two women who appeared to be a couple. Some who dressed differently were rejected. So was someone in a wheelchair. The ad closed with this: “Jesus didn’t turn people away. Neither do we.” 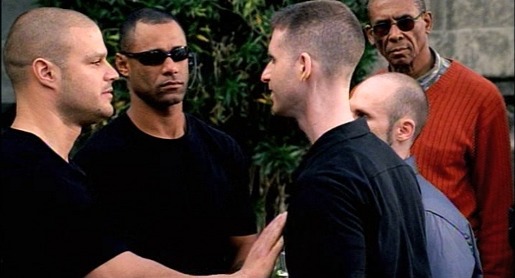 Illustration. Let me close with one of my favorite stories.

Let me close with one of my favorite stories. It occurred during WW I in Europe, when a group of soldiers asked to bury their fallen friend in a church cemetery, near where their friend had died. The priest at the church told them, “I’m sorry. It’s against the rules. Only Roman Catholics are allowed to be buried here. You’ll have to bury him just outside the fence.”

The next morning the soldiers came back to pay their final respects, but they couldn’t find the grave. They walked around the entire perimeter of the cemetery, looking for a freshly dug grace near the cemetery fence. Finally one of them spotted the grave . . . inside of the fence. Their friend was now buried inside the cemetery. You see, the priest went out late at night and moved the fence.

What a Christ-like thing to do.

“Jesus didn’t turn people away. Neither do we.”

Your grace is so wide, your love is so deep. Teach us to love as you love. Teach us to work in partnership with you to bring your divine light and love into the world in which we live. Amen.