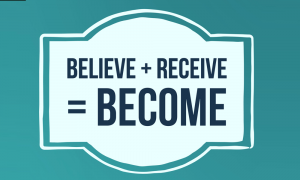 Intro to the passage: the word, “Word” is prominent in this passage. “In the beginning was the Word,” echoing Gen.1.

Logos – in the Hebrew Scriptures it meant, “God in action.”   “And the Word of the Lord went forth in Zion.” Logos was used as the power of God in action.

But Logos had another meaning in the Gentile, Greek-speaking world. Greek Philosophers used it to describe the Creator. Specifically, it meant, “the Mind behind the Universe.” By the time of Christ, Greek mythology with its many gods had seen its day, and many believed in one Creator behind it all. Aristotle called God the “unmoved Mover.” Logos was another term for the Creator.

The Apostle John is writing to Jewish Christians and Gentile Christians. So his use of the word Logos here was brilliant. It had a unique meaning in both worlds! – God in action and the Mind behind the Universe.

5The light shines in the darkness, and the darkness did not overcome it. 6There was a man sent from God, whose name was John. 7He came as a witness to testify to the light, so that all might believe through him. 8He himself was not the light, but he came to testify to the light. 9The true light, which enlightens everyone, was coming into the world. 10He was in the world, and the world came into being through him; yet the world did not know him. 11He came to what was his own, and his own people did not accept him. 12But to all who received him, who believed in his name, he gave power to become children of God, 13who were born, not of blood or of the will of the flesh or of the will of man, but of God. 14And the Word became flesh and lived among us, and we have seen his glory, the glory as of a father’s only son, full of grace and truth. 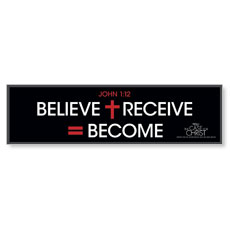 I’d like us to focus on verse 12 today: But to all who received him, who believed in his name, he gave power to become children of God.

The verbs of this passage catch my eye. Of course the verbs are where the action is!

It almost seems like a formula – Receive, Believe, Become.

Spiritual Growth is unique to each one of us. It’s too complex, too mysterious and too non-linear to fit into nice, neat formulas.

But John the Apostle was Jesus’ best friend, called, “The Disciple whom Jesus loved.” – whom he was closest to. So when John uses these verbs in such a beautifully constructed sentence, it is something we would do well to explore. 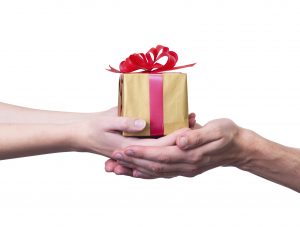 I. To all who received him.

I think I would have put believe first. Don’t you have to first believe in Christ to receive him?

But John traveled with Jesus for three years, and I’ll bet he saw during that time folks either had an initial openness to Jesus, a receptivity to his message, his Good News, or they didn’t. I think that’s why Jesus said, “He who has ears, let them hear.” He was asking them to open their hearts and minds to his truths, his grace, his love.

But I suspect there’s another reason why John put “receive” first. Receiving is at the heart of Christianity.

“Let every heart prepare him room.”

If Jesus of Bethlehem is God’s ultimate Christmas gift to us, and that gift comes wrapped in unconditional love, then our first move is to receive the gift. 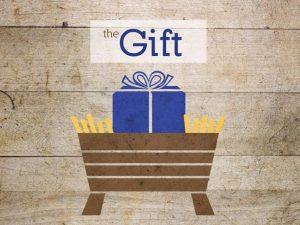 The Methodist preacher William Willimon says we’re not very good at being receivers. We’d rather be givers. “It’s better to give than to receive,” we say.

It’s easier and often more comfortable for us to give rather than receive.

But listen to what Willimon says:

We are better givers than getters, not because we are generous people, but because we are proud, arrogant people. The Christmas story – the one according to Luke not Dickens – is not about how blessed it is to be givers but about how essential it is to see ourselves as receivers. We prefer to think of ourselves as givers – powerful, competent, self-sufficient, capable people whose goodness motivates us to employ some of our power, competence and gifts to benefit the less fortunate. Which is a direct contradiction of the biblical account of the first Christmas. There we are portrayed not as the givers we wish we were but as the receivers we are. Matthew and Luke go to great lengths to demonstrate that we – with our power, generosity, competence and capabilities – had little to do with God’s work in Jesus. God wanted to do something for us so strange, so utterly beyond the bounds of human imagination, so foreign to human projection, that God had to resort to angels, pregnant virgins, and stars in the sky to get it done. We didn’t think of it, understand it or approve it. All we could do, at Bethlehem, was receive it.

This strange story teaches us how to be receivers. The first word of the church, a people born out of so odd a nativity, is that we are receivers before we are givers. Discipleship teaches us the art of seeing our lives as gifts. That’s tough, because I would rather see myself as a giver. I want power – to stand on my own, take charge, set things to rights, perhaps to help those who have nothing. I don’t like picturing myself as dependent, needy, empty-handed.

“Where meek souls will receive him still, the dear Christ enters in.”   – but meekness goes against our modern sensibilities and our pride. It takes humility to receive.

God’s love is a gift. That’s why it’s called grace. It’s unearned. If I hold out a beautiful gift to you, what’s the one thing you have to do? Receive it. “To all who received him” means to all who accepted this gift, who made Christ their own,

Richard Rohr is a popular writer on Christian spirituality these days.

He puts it this way: We can’t manage, maneuver or manipulate spiritual energy. It’s a matter of letting go and receiving what is being given freely.

Let’s keep going with our verse today: To all who received him, who believed in his name 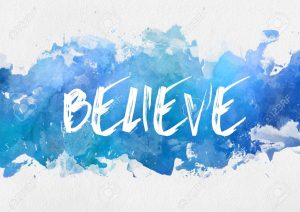 II. Believe – who believed in his name

To believe in the name of Christ means to believe in who Jesus is and what he has done for us. “Name” in the Bible stands for character, reputation and actions.

Think of the way we use the word, name. “She has a good name around town,” speaks of a person’s character and reputation, which is based on that person’s actions.

“God, I’m approaching you based on what Jesus taught me about you. I’m praying because I believe what he taught about you is true.”

So what we’re receiving from God, to all who received him, isn’t some vague, ill-defined ghostly spirit. Nor is it the gentile, harmless Man Upstairs. It’s the God of Love that Jesus taught about and literally embodied. 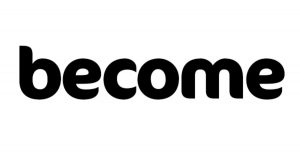 The goal of the Christian life is to become something – a Child of God. The goal receiving and believing aren’t to simply be filled with spiritual energy and lots of information about God & Jesus, the goal is to become more Christ-like. Becoming more like the Son of God is the goal for all of God’s children. God gave the power so that we might become children of God.

Illustration.  Are You God’s Mother?

On a bitterly cold day, a small boy stood shivering on a steel grate in the sidewalk. He was very poorly dressed, especially for the cold, cold weather and was obviously a child in great need.

A well-dressed woman approached and noticed the boy and began to talk to him. The next day she showed up with a very warm winter coat, just his size. The day after that she arrived with a stocking hat and winter gloves. She got to know him and his family situation and connected them with social services.

You can imagine how grateful the boy was. He couldn’t thank her enough.

One day as they parted he turned back and asked her,

Surprised, the woman replied, “Oh, no! I’m just his child.”

The boy then said, “I knew you were related.”

May we receive the love of God so deeply,

and believe in all that’s meant by the Name of Jesus,

that we more and more become people who live and love as Children of God.

In looking for clip art for this message I was surprised to find a whole line of products based on this verse! 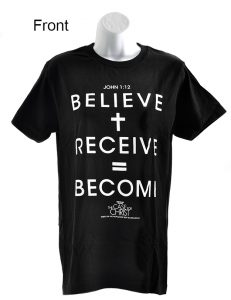 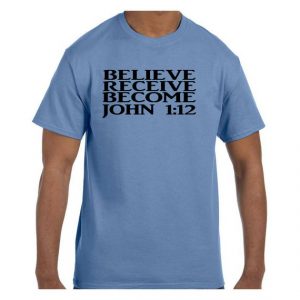 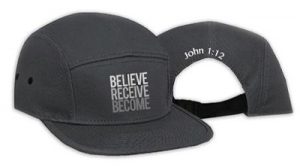 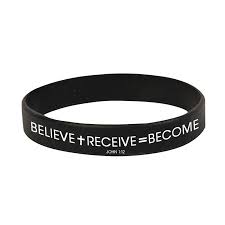