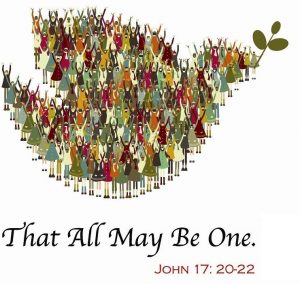 24Father, I desire that those also, whom you have given me, may be with me where I am, to see my glory, which you have given me because you loved me before the foundation of the world. 25“Righteous Father, the world does not know you, but I know you; and these know that you have sent me. 26I made your name known to them, and I will make it known, so that the love with which you have loved me may be in them, and I in them.”

I want us to think for a few moments about the subject of oneness. Apparently, that subject weighed heavily on Jesus’ heart the night before the Cross.

Vs. 22 – The glory that you have given me I have given them, so that they may be one, as we are one,

Vs. 23 – I in them and you in me, that they may become completely one. 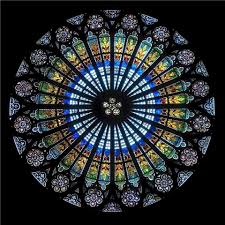 Oneness was important to Jesus. It’s an essential part of his vision for his followers. But it’s still striking to me how much it’s on his mind at the Last Supper.

Is he envisioning the future of his church? Is he already seeing the schisms? The splits? East vs West, Catholic vs Protestants, Evangelicals vs Liberals, infant baptism/adult baptism, debtors vs trespasses

Or is he seeing something much closer to home? There were already fights among his disciples. “Who is the greatest?” “Who gets to sit at his right and his left?”  Later it would be St. Peter vs St. Paul and then St. Paul vs St. Mark, and on and on it would go, and still goes. No wonder unity was on his mind and in his prayer – 3 times!At the Last Supper, Jesus doesn’t teach about unity and oneness among his followers. He desperately prays for it.

I suspect he still does. 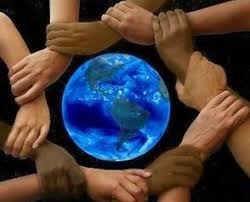 Some say that accentuating our differences is more to our nature than celebrating our commonalities. I don’t know. What do you think?

Do we tilt toward unity or division?

Certainly in the political realm-coming apart at the seams.

You might have heard the story of the two old classmates who struck up a conversation at their high school class reunion. Much to their delight they discovered that they had both had spiritual awakenings since high school.

“I’m a Christian, too!” replied his old friend.

“I’m a Protestant, too!” came the reply.

Then the first man said, “I’m a Missouri Synod Lutheran.”

“You’ve got to be kidding me, I’m a Missouri Synod Lutheran, too!”

To which the first man replied, “Die, Heretic!”

All too often we focus on our differences, most of which don’t matter a whole lot. But Jesus desires oneness for us. 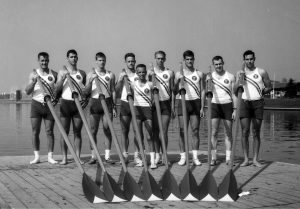 I have a friend who was one of the coaches for the US Crew Team in the 1964 Olympics in Tokyo. He’s told me some amazing stories of that experience – the team members, the other coaches, the new design for the boats, the first time he saw athletes, non-Americans, who undoubtedly took performance enhancing drugs. But he said the most incredible thing that happened was the gold medal race. The American team rowed so perfectly as one unit, that the boat lifted up out of the water and looked as if it glided to the finish line for the Gold Medal. He said he’d heard about that phenomena, but that’s the only time in his life he’d ever seen it. It happened because of oneness – a group of people moving as one.

It’s one of the best experiences in life, isn’t it? To be a part of a totally committed group all moving in the same direction.

It’s one of the best things about being apart of a church, especially this one. Take St. Paul’s Soup Kitchen for example. The Social Action & Mission Committee oversee it. Laurie & Ellen play huge roles in making it work. 16-18 Shepherds pies are cooked for the meal. I assume that 16-18 different people. Others make brownies, including our youngest children who’ve made them on Make a Difference Days & Week. 10 loaves of bread, 5 gallons of milk and the fixings for the largest salad I’ve ever seen all come together for the meal. And then folks of all ages go to prepare and serve the food to over 100 grateful folks in need. It’s an experience of oneness – a group of people, many different parts of the body of Christ, working together, moving together for one purpose – the feed Children of God.

We experience the oneness God wants when we serve together.

We also experience it when we worship together and when we pray together. I love to hear the Lord’s Prayer in worship – many difference voices and all ages coming together to pray the prayer Christ gave us.

At a previous church I served there was a woman named Emma who attended regularly. She and her daughter would often sit near Maddie and my wife, Alisa. Maddie was 3 at the time. Emma was 102. The two of them, 99 years apart in age, praying the Lord’s Prayer together was beautiful experience for us all.

We experience Oneness when we love, such as the love we feel for Juarez & Beth, and their love for us.

In fact, Oneness, having a deep sense of connection with others, is one of the keys to loving others. Oneness is about connection, isn’t it? 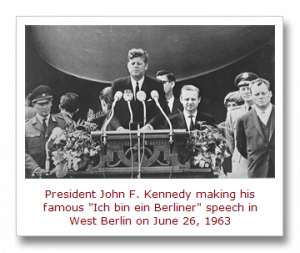 Illustration. On June 26, 1963, President Kennedy made one of the most famous speeches of his presidency. He felt a oneness with the people of Berlin. He identified with the inhabitants of the besieged city. At the climax of his speech he said these words:

“Freedom is indivisible, and when one man is enslaved, all are not free. When all are free, then we can look forward to that day when this city will be joined as one and this country and this great continent of Europe in a peaceful and hopeful globe . . . All free men, wherever they may live, are citizens of Berlin, and therefore, as a free man, I take pride in the words Ich bin ein Berliner.”    (I am a Berliner) 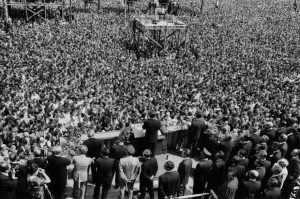 That statement resonated because it expressed oneness with the Berliners.

Compassionate people make connections like that. They are quick to feel a oneness with others.

Think of the outrage we felt and still feel at children being separated from their parents at the border. We instantly felt a oneness with those parents and those children. I worry about people who could watch those scenes and feel nothing.

Many of us have learned new things over the past two years about folks in the LGBTQ community. And while I can’t always understand certain identities or gender expressions, gender fluidity or the desire to transition and more, we can all remember times in our lives where we felt different, we felt like we couldn’t fit in, or we didn’t feel welcome or heard, or we were tired of being misunderstood. 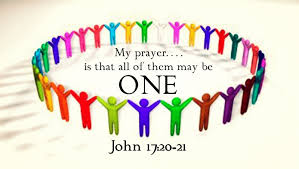 We can have empathy and even an experience of oneness, when we focus not with our differences, but rather on our common humanity.

Isn’t that what God did for us in Jesus Christ?

God came to us, not to meet us with God’s superiority and our inferiority . . .

God came to us, not in judgement, but in mercy and love.

God came to us, not to accentuate the differences between divinity and humanity, rather God came to bridge the gap.

Lord Jesus, at the Last Supper you prayed that your followers would experience oneness. Maybe we can help that prayer get answered? Teach us the power of oneness. In your holy name. Amen. 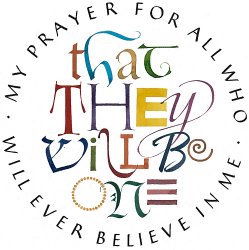