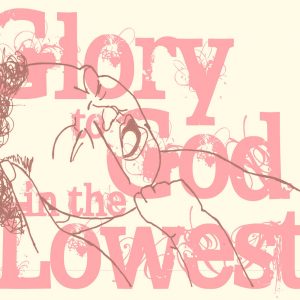 The people who walked in darkness have seen a great light; those who lived in a land of deep darkness— on them light has shined.

For a child has been born for us, a son given to us; authority rests upon his shoulders; and he is named Wonderful Counselor, Mighty God, Everlasting Father, Prince of Peace. His authority shall grow continually, and there shall be endless peace for the throne of David and his kingdom. He will establish and uphold it with justice and with righteousness from this time onward and forevermore. The zeal of the Lord of hosts will do this.

In those days a decree went out from Emperor Augustus that all the world should be registered. 2This was the first registration and was taken while Quirinius was governor of Syria. 3All went to their own towns to be registered. 4Joseph also went from the town of Nazareth in Galilee to Judea, to the city of David called Bethlehem, because he was descended from the house and family of David. 5He went to be registered with Mary, to whom he was engaged and who was expecting a child. 6While they were there, the time came for her to deliver her child. 7And she gave birth to her firstborn son and wrapped him in bands of cloth, and laid him in a manger, because there was no place for them in the inn.

If we were to read a little further in Luke 2, we’d find those familiar, but beautiful soaring words, “Glory to God in the Highest, and on Earth, Peace to All.”

Glory to God in the highest. 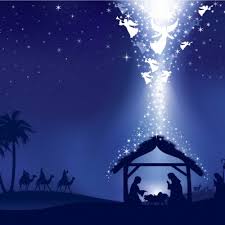 That’s a part of Christmas, as the coming of Christ unites heaven and earth. Angels land upon a hillside, signifying that this baby is heaven-sent, and then they sing their song from earth that goes all the way up to Heaven. Glory to God in the Highest.

But you can also make a case that Christmas is about, “Glory to God in the Lowest.”

Christmas is the God on high – the God of the highest heaven, the God of universe – coming humbly to planet earth. The trajectory is from high to low.

“Glory to God in the Lowest.”

To us he’ll condescend?

God condescends? God is condescending? That doesn’t seem like an attribute we’d want to ascribe to God and then put it in a hymn and sing about it. That word has such a negative connotation. But it has more than one meaning.

That’s what Paul was talking about in Phil. 2: 5Let the same mind be in you that was in Christ Jesus, 6who, though he was in the form of God, did not regard equality with God as something to be exploited, 7but emptied himself . . . being found in human form, 8he humbled himself and became obedient to the point of death— even death on a cross. (Phil. 2:5-7)

God came to us humbly. In the best sense, God stooped to our level. God condescended.

Illustration. Last week I had the privilege of playing piano with Tudor on the closing hymn. Tudor is a trained concert pianist. He has three degrees in piano performance. I had 3 months of piano lessons and I just play chords. I can’t play with him on his level. I have to drag him down to music that I can play. We met on my level, not his.

That’s what God did at Bethlehem.

God met us at our level.

Glory to God in the lowest.

Jesus grew up in a town where people said this about it: “Can anything good come out of Nazareth?”

Have you ever thought of Jesus as coming from, “the wrong side of the tracks”?  He did. We’ve made him so American, white upper-middle class.

He often looks like one of the Beach Boys or some Surfer Duded. Just give him a surfboard and off he goes. But Jesus grew up in apparently the worst town in the poorest area around. Northern Israel was the poor section of the country. So within this poor area, there’s one town that people love to put down, and it’s his home town!

The wealthy folks lived in southern Israel, around Jerusalem. Some of them owned land in the north, but they didn’t live there. You know those parables Jesus taught about a landowner who was going away on a journey and left his servants in charge. Then later the landowner comes back to see how they did and punish those thought to be lazy. That wasn’t just a made-up scenario. That was a way of life in the north. The wealthy southerners were the land-owners, and they paid northerners to work the land, and a few of them they paid a little more to supervise and keep the others in line.

So what I want you to see is that when early Christians first heard the Christmas account, they heard it in a completely different way than we do. We’ve romanticized it and sanitized it. They would have filtered it through the lens of socio-economic status – who had the wealth and who didn’t.

They also would have instantly heard it politically – who had the power, and who didn’t.

Luke 2 begins this way: In those days a decree went out from Emperor Augustus (the earliest Christians heard that like the colonists thought of King George – a grossly unfair, oppressor ruler who won’t leave us along. We romanticize the Roman Empire, but Rome was a brutal, occupying power that the Jews despised. Rome was much more violent and brutal in order to keep the people in line.)

And then they hear in the story that Rome wanted to take a census, which was forbidden under Jewish law. So the Romans didn’t respect their religion and forced them to do something they felt was immoral.

Vs. 2 -This was the first registration and was taken while Quirinius was governor of Syria. Quirinius was a Roman military hero and later an aristocrat assigned to rule over Syria, and carry out the census in Syria & Israel.

Vs. 4 – Joseph also went from the town of Nazareth in Galilee to Judea, to the city of David called Bethlehem.

So the earliest Christians would have heard this story as an amazing study in contrasts! You can not find a more stark contrast than Luke 2.

In this corner, weighing in at “Empire” is Almighty Rome – one of the greatest empires the world has ever known. And in this corner is a poor, lowly family from stinkin’ old Nazareth.

And guess who God wants to work with?

Guess who God has chosen & recruited for God’s holy mission?

Guess who God is using for God’s purposes?

The Emperor, who proclaimed himself a god, or a Couple of no-names from a no-good town?The angels aren’t singing to Caesar Augustus!!! The Shepherds & the Wise Men aren’t sent to Rome! God chooses the Ultimate Under-dogs for God’s Ultimate mission! It’s really incredible when you think about it.

Glory to God in the lowest.

I forget who it was that said, “The world is not always as it first appears, because today people name their dogs Caesar & Nero, and they name their children Peter, James & John, and Mary, Martha & Sarah.

Who would have thought that Jesus’ little band of followers would outlast the mighty Roman Empire?

Well, before we conclude today, let’s think about what all this means for us today.

Here are some suggestions.

God first came to us through a poor family – and according to Jesus we can meet God again today through our love, service, help and partnerships with those in need.

Mother Teresa, now Saint Teresa, said that, “Jesus comes to us today in his strange disguise. He comes to us in the faces of the poor.” We meet him when we love them. 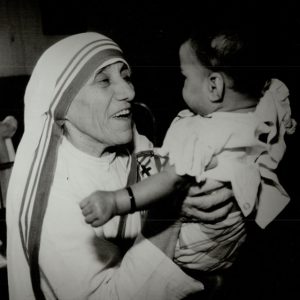 In the Advent devotional this week, there’s a reading on Wednesday by the contemporary author, Philip Yancey . This reading inspired this sermon. Yancey wrote this:

As I read the birth stories about Jesus, I cannot help but conclude that though the world may be tilted toward the rich and powerful, God is tilted toward the underdog. “He has brought down rulers from their thrones but lifted up the humble. He has filled the hungry with good things, but sent the rich away empty,” said Mary in her Magnificat.

Growing up, Jesus’ sensibilities were affected most deeply by the poor, the powerless, the oppressed – in short, the underdogs. Today theologians debate the aptness of the phrase, “God’s preferential option for the poor” as a way of describing God’s concern for the underdog. Since God arranged the circumstances in which to be born on planet earth – without power or wealth, without rights, without justice – his preferential options speak for themselves.

Christmas reminds us about God’s commitment and our commitment to those – “without power or wealth, without rights, without justice.”

B. But there’s also something to say here about the dignity of all people, rich & poor and everyone in between, but particularly the poor and poor in spirit. The Glory of God, the child of God, came from poverty.  – his first crib was a feeding trough. Doesn’t that say something about the dignity of all people? We need to foster that dignity, to uphold that dignity. We need to not only help those in need, we need to get to know them and build relationship with them. Because the spark of divinity resides in all people. All people are made in the image of God.

C. The other application I would suggest from this discussion of Jesus & poverty, is that we should not be embarrassed or shamed when it comes to our own struggles, and failures and scandals, and the times we’ve fallen flat on our face.

So, maybe you came from a less-than-perfect family.
So did Jesus.

Maybe you were conceived out of wedlock.
Jesus was, too.

Maybe you’ve endured some scandals.
Jesus’ mother knows all about that – being suddenly pregnant and not married, living in a very small town.

Maybe you’ve been terribly misunderstood by your family.
Jesus was, too.

Maybe you’ve been abandon by some close friends.
Jesus was, too.

Maybe you’ve got scars.
So does Christ.

This is the beauty and power of Christianity.

Our Savior knows our struggles and can walk with us through them.

Glory to God in the Lowest!