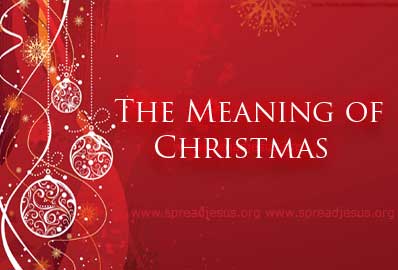 In that region there were shepherds living in the fields, keeping watch over their flock by night. 9 Then an angel of the Lord stood before them, and the glory of the Lord shone around them, and they were terrified. 10 But the angel said to them, “Do not be afraid; for see—I am bringing you good news of great joy for all the people: 11 to you is born this day in the city of David a Savior, who is the Messiah, the Lord. 12 This will be a sign for you: you will find a child wrapped in bands of cloth and lying in a manger.” 13 And suddenly there was with the angel a multitude of the heavenly host,[b] praising God and saying, 14 “Glory to God in the highest heaven, and on earth peace among those whom he favors!” 15 When the angels had left them and gone into heaven, the shepherds said to one another, “Let us go now to Bethlehem and see this thing that has taken place, which the Lord has made known to us.” 16 So they went with haste and found Mary and Joseph, and the child lying in the manger. 17 When they saw this, they made known what had been told them about this child; 18 and all who heard it were amazed at what the shepherds told them. 19 But Mary treasured all these words and pondered them in her heart. 20 The shepherds returned, glorifying and praising God for all they had heard and seen, as it had been told them.

This message is entitled, “What Christmas Reveals”

That’s one of the basic questions of Christmas.

What does Christmas reveal to us?

What is Christmas trying to teach us?

My focus in answering questions like that is always,

Christmas reveals the heart of God.

And It’s a heart of love.  “For God so loved the world . . .” It’s a heart that reaches out to us. Love has to be shared. Love has to reach out to connect with us. Christmas shows us God’s heart, God’s character, God’s nature. In the person of Jesus, we see God’s loved embodied. We see God’s love in action – healing, forgiving, affirming, blessing, lifting up the oppressed, welcoming in the outcast. In the life of Jesus we see how God loves . . . us.

Illustration. A father was putting his little girl to bed one night, and they said their prayers together. For the daughter there was the usual long list of Thank You’s. “God, I thank you for my mommy and my daddy. I thank you for our dog and my pet hamster. And I thank you for my best friend, Teddy.” When she finished her father commended her for the sincerity of her prayers. But then he asked, “Honey, I thought God was your best friend, not your teddy bear Teddy.” The little girl then said to her father, “Teddy has a face.”

So that’s the heart of Christmas, Jesus came to earth to show us what God is like. 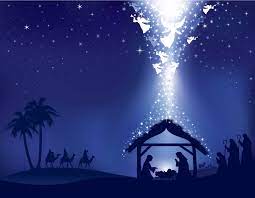 But I want to take it one step further this morning, because Christmas not only reveals who God is, Christmas also reveals who we are – we’re Children of God!

Jesus came to tell us that we’re Children of God and to teach us what that means. When he taught his disciples to pray, “Our Father who art in heaven” he was teaching them this spiritual truth – we’re Children of the Living God.

He also taught it with these words, “Who are my mother and brothers and sisters but they that do the will of God.” He also treated everyone as if they were a child of God just like he was and is!

Illustration. “Jesus never saw a prostitute.” I may have told you about the time Tony Campolo was teaching sociology at the University of Pennsylvania, and he happened to mention Jesus in one of his classes. Specifically he said that, “Jesus had a habit of reaching out and spending time with those who were outcasts in society – tax collectors, notorious sinners, even prostitutes.”

With that one of his students raised his hand and said, “Jesus never met a prostitute.”

Dr. Campolo said, “Yes, he did. It’s right there in the gospels. You must have missed it.”

“No. I didn’t. Jesus never met a prostitute. Because when he saw a woman who was trapped in prostitution, he didn’t see a prostitute. He saw a child of God.”

A 4th C. church leader named Athanasius once said this about Christmas, “He became what we are, so that we might become what he is – a child of God.” 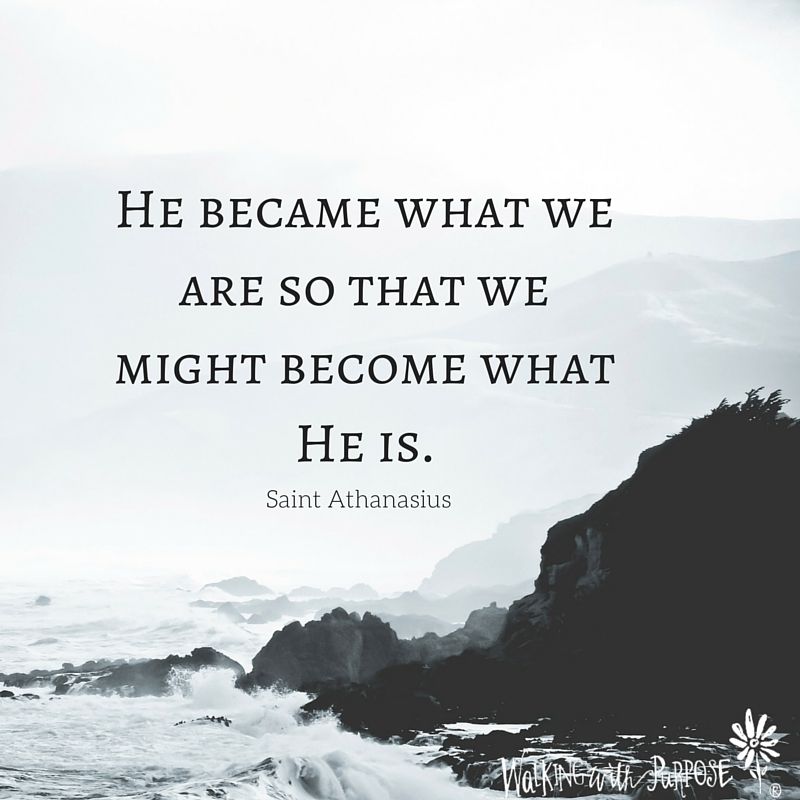 “He became what we are – sons & daughters of the earth – so that we might become what he is – a child of God.”

Christmas teaches us that we’re children of God.I’ll bet the main characters in the Christmas story came out of Christmas feeling that way. – Joseph, Mary,  the Wise Men, and certainly the Shepherds. They couldn’t believe that they were given an angelic birth announcement, that the Savior was born and “that the Lord had made it known” to them! They went right away to see if it was true, and they left that manger scene changed men. It says they left “glorifying and praising God.” – shepherds walking through the streets singing their praises to God. Not something you see every day. But they were touched by God’s goodness. They had a new sense of who they were as beloved sons of God.

“He became what we are, so that we might become what he is – children of God.”

There’s only one other thing I want you to see this morning.

The life of Jesus shows us what is possible for human beings – because everything Jesus did he did in a human body. It wasn’t that Jesus looked human. It’s that he was human.

Max Lucado writes: “God entered our world not like a human, but as a human.” As a baby he cried, nursed, had to be changed, and as a toddler learn to walk and talk.

That’s why he got tired, hungry, thirsty, and angry. That’s why he bled and died. He not only looked human; he was human. And everything he did he did in a human body.

This explains why Peter thought he could walk on water. Have you ever wondered that?  (probably not, but work with me here!) It’s a fairly familiar story. The disciples are in their little boat and a storm is raging, and Jesus appears to them walking on the water.

Jesus says, “Come,” and so he steps out of the boat. 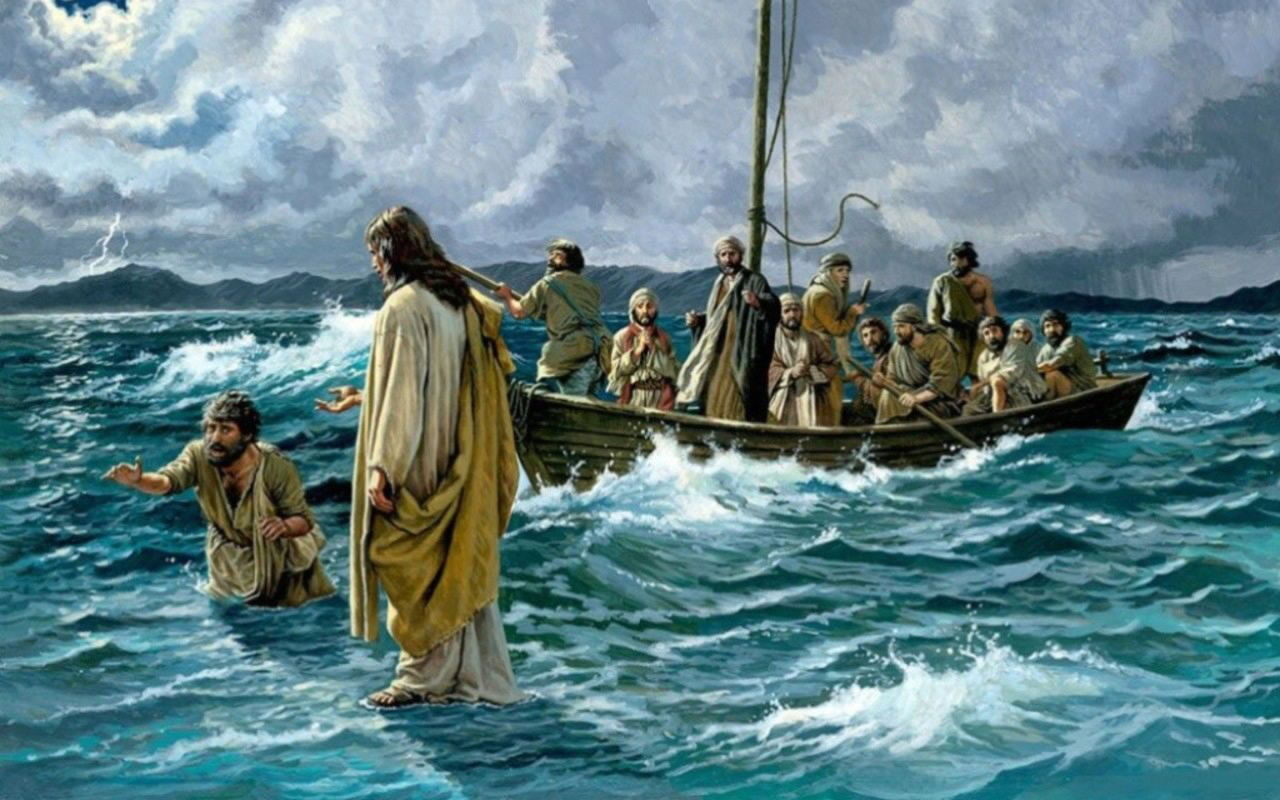 Set aside the miracles for a minute, think about what else Jesus modeled for his disciples and for us –  certainly love, forgiveness, acceptance of imperfect people, loving when it’s hard to love, loving when you’re beaten and weary.

Jesus modeled teamwork, leadership, humility, passion, conviction, kindness, grace. He also modeled having an ongoing relationship and dialogue with God. He taught these things to his disciples and modeled these things because he believed that they could do it, and he believes that you can do it.

–Can you actually forgive the person who intentionally hurt you? Jesus believes you can.

–Can you actually have a genuine relationship, dialogue, and friendship with God? Jesus believes you can.

–Can you actually make a difference in this world, and be salt to the earth and lights to the world? Jesus believes you can.

Christmas is also about us – who we are, and what we can become. how we’re meant to live, what kind of life we’re invited into.

Christmas shows us who God is.

Christmas show us who we are.

Christmas also shows us who we can become.

Lord Jesus, thank you for believing in us. We know that we can only do the things you did if we have your power and your love flowing through us. So come to us now in the sacred meal, and feed us with your power. Amen.