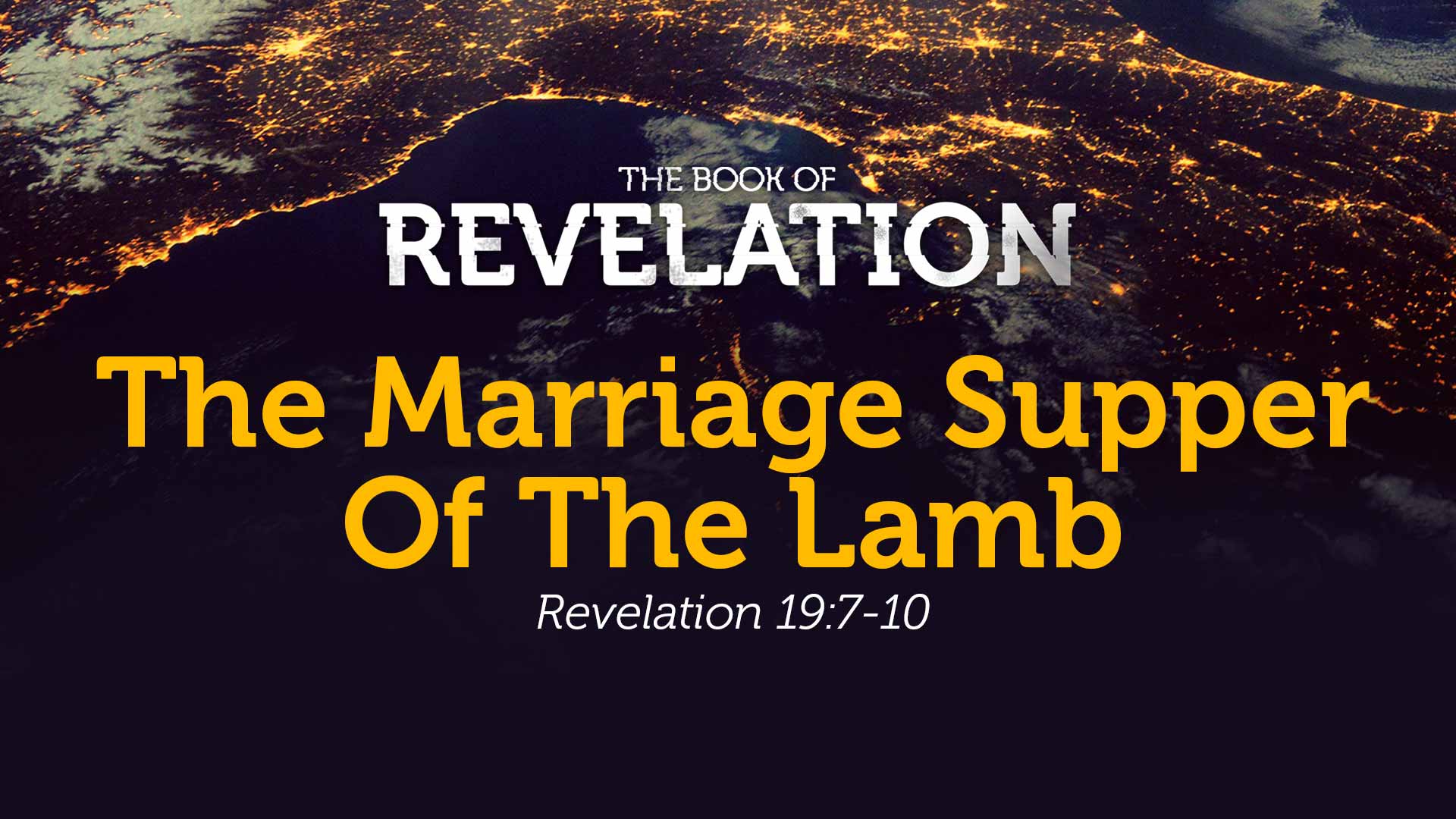 First, I’d like to comment on Three Fairly Well-known and often Misused Details from the Book of Revelation. 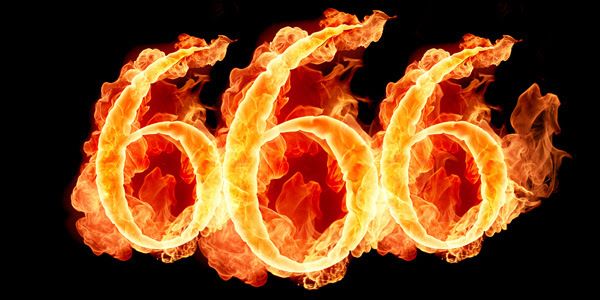 “This calls for wisdom: let anyone with understanding calculate the number of the beast, for it is the number of a person. Its number is six hundred sixty-six.”

John says this is the number of the 2nd Beast. It’s also most likely code for the Roman emperor. In ancient Hebrew the letters had numerical values. If you spell the word “Nero” in Hebrew, the numerical value comes to 666. John was writing in Greek, not Hebrew, but most scholars feel that’s what John is doing. He can’t come out and directly criticize the emperor. That’s too dangerous. So, he writes it in a code.

“The number 666 is to remind John’s readers of the state’s humanness, mortality, and fallibility. Neither the Roman emperor nor his lieutenants are divine, and the compound number 666 suggests they are triply imperfect, bound (as one commentator puts it) to ‘failure upon failure upon failure.’

“John’s message to Christians of every time and place is that the state is not divine, and the church exists in order to distinguish between God and those who would stand in God’s place and usurp God’s rule. The worldly powers are not God, and no absolute allegiance is due them. The state, our state, is a human institution, far from perfect. In our language, the state is not a ‘ten,’ not a ‘seven,’ but just three miserable ‘sixes.’”

You also hear people talk about “The Mark of the Beast,” where everyone gets a number. Some people have surmised that this is referring to credit cards or even the Covid 19 vaccine. (The only thing crazier than the Book of Revelation is the crazy theories that folks come up with to explain the Book of Revelation!)

Christians are also marked with a Seal on their forehead in Revelation.

It’s just John’s way of illustrating the fact that you’ve got to belong to somebody – either God or this world. During challenging and crazy times it helps to know who you belong to. 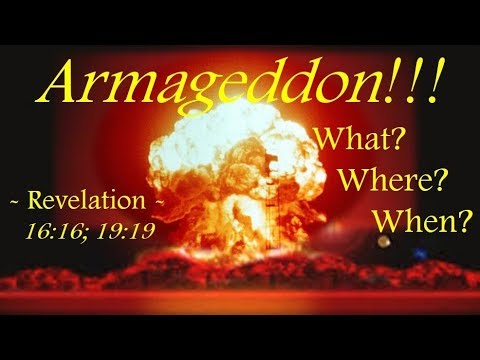 Revelation 16:16 – “And they assembled them at the place that in Hebrew is called Armageddon.” (some translations use, Harmagedon.”

I was watching a video on the Holy Land and the preacher making the video showed this large flat piece of land and then said, “It’s going to happen right here . . . Armageddon! The battle that will usher in the Return of Christ will happen right here!”

Here’s the problem, there’s not a Mt. Megiddo, and there never has been. 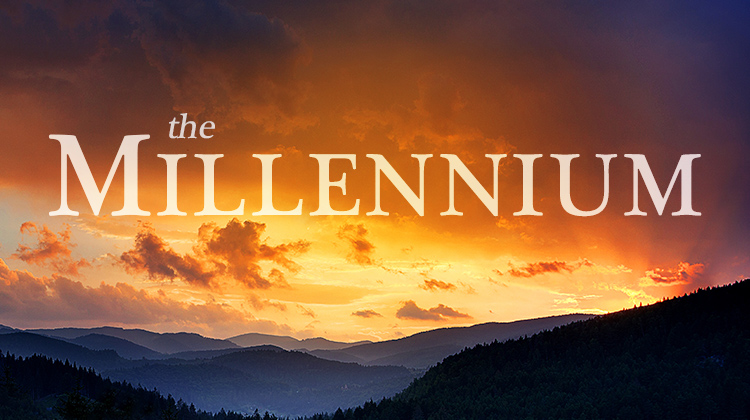 All numbers in the Book of Revelation are symbolic!!!

The Millennium in Ch. 20 is a time of peace apparently prior to the Return of Christ. But who knows how long it will be.  Remember all numbers in the Book of Revelation are symbolic!!!

Remember in the year 1999 we had “Y2K?” There was all this excitement and anxiety about the new year. We in the year 999 AD they had “Y1K.” And there were a lot of wondering if the Second Coming would happen on New Year’s Eve.  The story goes that the Pope and a large number of people went up on a hillside overlooking Rome. Midnight came . . . and nothing happened. So the Pope gave a benediction and everyone went home.

Here’s our passage for today:

Once more they said,

“Hallelujah!
The smoke goes up from her forever and ever.”

4 And the twenty-four elders and the four living creatures fell down and worshiped God who is seated on the throne, saying,

5 And from the throne came a voice saying,

“Praise our God,
all you his servants,
and all who fear him,
small and great.”

“Hallelujah!
For the Lord our God
the Almighty reigns.
7 Let us rejoice and exult
and give him the glory,
for the marriage of the Lamb has come,
and his bride has made herself ready;
8 to her it has been granted to be clothed
with fine linen, bright and pure”—

for the fine linen is the righteous deeds of the saints.

9 And the angel said to me, “Write this: Blessed are those who are invited to the marriage supper of the Lamb.” And he said to me, “These are true words of God.” 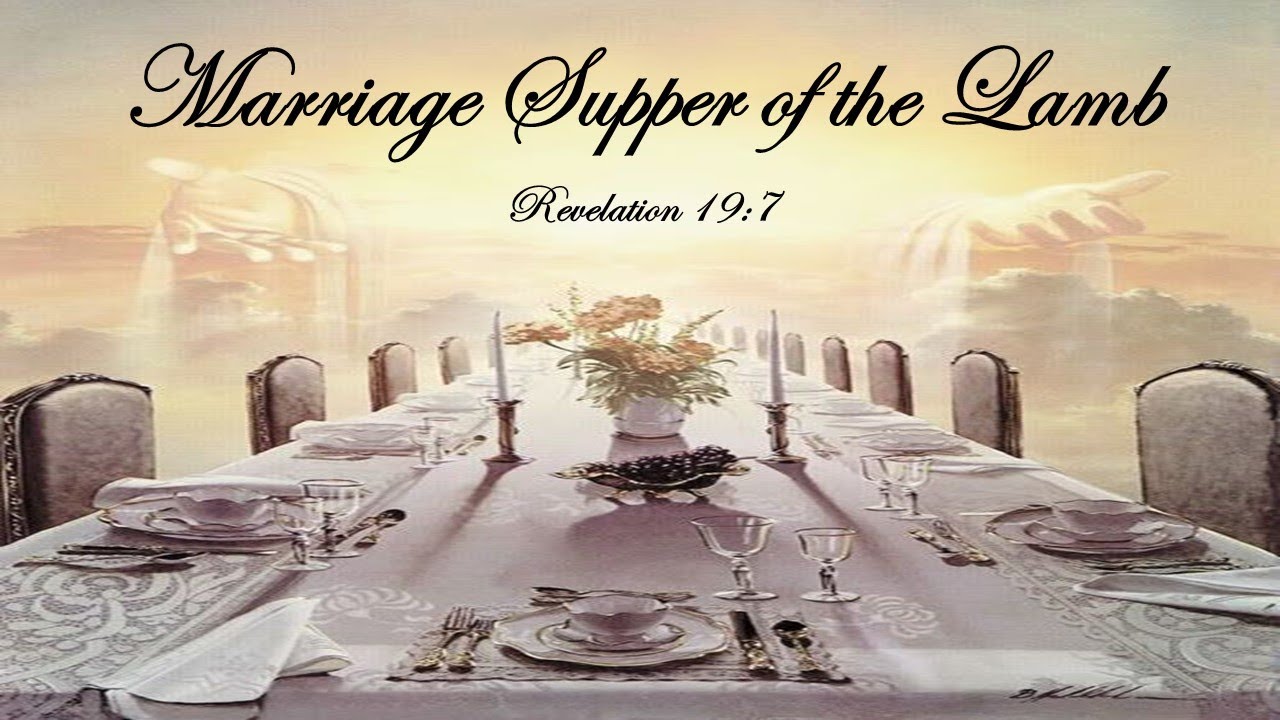 The words that catch my eye are these:

Rev. 19:9 –  “Blessed are those who are invited to the marriage supper of the Lamb.”

The idea of the relationship between God & People of Faith being like a marriage started back the Old Testament, especially with the OT prophets.

Isaiah 54:5 – For your Maker is your husband, the Lord of hosts is his name; the Holy One of Israel is your Redeemer.

We’ve talked about Genesis 2 before, that Eve is created to be the partner for Adam. And the word for partner there is “ezer.” It’s used 20 times in the Hebrew Scriptures. 16 of those times its used to call God the Ezer of Israel, the partner of Israel. The word “Ezer” is a very strong word. It’s not just a little helper or occasional assistant. It’s someone who will stop everything they’re doing and come to rescue their partner in need. It has a heroic, all-in quality to it. God is our Ezer, our committed partner, like a spouse.

In the New Testament the Church is referred to as The Bride of Christ.

Ephesians 5:25 – Husbands, love your wives, just as Christ loved the church and gave himself up for her.

And then in the Book of Revelation we found out it’s time for a wedding and then a wedding reception. And we find out that we’re the Bride and Jesus is the groom.

This passage becomes even more meaningful when you compare it to the common wedding practices in the First Century.

If you compare that to a life of faith . . . the Contract was the Covenant God made with the Israelites, and the New Covenant Jesus made with us through the Cross. His sacrifice on the Cross was the dowry. The price had been paid to win our love. We never have to wonder if we are loved by God. The Cross settled that. But we still struggle down here.

We walk by faith and not by sight.

We need our Ezer, our partner.

We seek union with God.

We seek oneness with God.

And like the mystics of old, we experience it from time to time. But in Heaven, the union – the marriage – is complete; it’s consummated if you will, and then a joyous, spectacular wedding reception breaks out! The Marriage Supper of the Lamb. The Wedding Reception for Jesus and his Bride.

This idea that our relationship with God is like a marriage is quite lovely, if you think about it.

Marriage is about Commitment – God is committed to us.

Marriage is about Sacrifice for the Other – JC – Cross

Marriage is about Joy – two people delighting in each other.    God Loves you and God likes you!

“There’s my Son, Tudor. So glad I gave him music!”

“There’s my Daughter, Ellen. So glad she enjoys nature the way she does. She delights in my handiwork.

I love the big, beautiful hearts they have. Hearts to serve and learn and love!”

God delights in us. That’s what partners do.

Marriage is about commitment, joy, and most of all love.

This meal is about reconnecting with that love.

The Sacrament of Holy Communion, is an appetizer of the Meal to come in Heaven. It’s a foretaste, an appetizer for the Marriage Supper of the Lamb. And we’re all invited.

Are we worthy of that banquet?

Jesus said so. He’s the One who’s invited us. And if he invited us, we must be cleared to go.