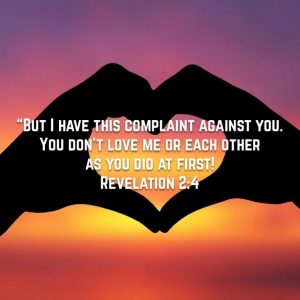 Title: “Revelation” not “Revelations” Vs. 1:1 – “The revelation of Jesus Christ”

Author: traditional view, most likely John the Apostle, the only disciple to live into old age.

The Book of Revelation is Apocalyptic literature.

Take a look at this map please. 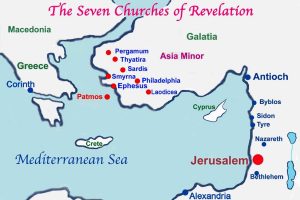 These 7 cities made up an ancient mail route – starting in Ephesus, up to Smyrna and then Pergamum, and then heading south all the way down to Laodicea.

Tradition has it that John became the Bishop of Ephesus. He may have had oversight of all 7 of these churches. So this may be simply a letter to each of his churches. However we said last week that the number 7 in Revelation means completeness, fullness. So, this is most likely his way of saying, these letters are for all churches everywhere, which means they’re for us, too.

“To the angel of the church in Ephesus write: These are the words of him who holds the seven stars in his right hand, who walks among the seven golden lampstands:

2 “I know your works, your toil and your patient endurance. I know that you cannot tolerate evildoers; you have tested those who claim to be apostles but are not, and have found them to be false. 3 I also know that you are enduring patiently and bearing up for the sake of my name, and that you have not grown weary. 4 But I have this against you, that you have abandoned the love you had at first. 5 Remember then from what you have fallen; repent, and do the works you did at first. If not, I will come to you and remove your lampstand from its place, unless you repent. 6 Yet this is to your credit: you hate the works of the Nicolaitans, which I also hate. 7 Let anyone who has an ear listen to what the Spirit is saying to the churches. To everyone who conquers, I will give permission to eat from the tree of life that is in the paradise of God.

(Note: “Tree of Life” – from the Garden of Eden in Genesis and is found in Heaven in Revelation.) 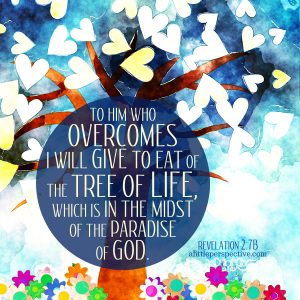 Have you ever had that experience of talking with someone and they’re building you up, but you sense something negative is coming – a “but” is coming.

“You did this one thing very well, and you worked hard on this other thing, but . . .”

In these 7 letters – in 6 out of 7 a “but” is coming – even when the first part is pretty impressive. The Ephesians are complimented on their works, their toil, their patient endurance, their weeding out of false prophets, and they have not grown weary under challenging times. That’s a pretty impressive list!  – esp. “Patient endurance.” “Patient endurance” is one of the themes of Revelation, written during a time of persecution, when in many ways their world was falling apart. They were striving hard to be faithful.

I have this against you, you have abandoned the love you had at first.

“You have abandoned the love you had at first.”

“You have abandoned the love you had from the start.”

Now it is reasonable to say that when we start something we often have a lot of enthusiasm, excitement and energy. But it’s hard to keep it at that level – whether it’s an activity, a hobby or a relationship. The love you have for something from the start can wane, or diminish, it can ebb & flow, or it can completely go away. 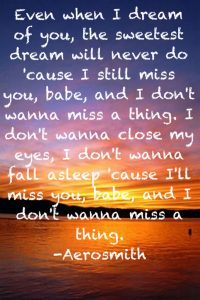 Illustration. Aerosmith song: “I don’t want to miss a thing.”

It was actually included in a movie entitled, “Armageddon.”

That’s a very romantic thought – he doesn’t even want to sleep, cause he’d consciously be apart from his beloved. But there should have been a follow-up song some years later that went something like, “I’m going to bed, I’m tired. See you in the morning.”

So the love within the Ephesian Church has diminished and it clearly hasn’t reached the point of a deep, mature, consistent love.

At one time they were known for their love, but now it’s greatly diminished. It appears to have gone away – “You have abandoned the love you had at the start.” It’s so bad that Christ, the author of the letter, threatens to remove their lampstand from its present place next to him. The lampstand, we know from the first chapter, stands for the church itself.

In other words, a church ceases to be a church if it doesn’t have love.

It’s like what Paul wrote to the Corinthians, “Without love, I am nothing.” 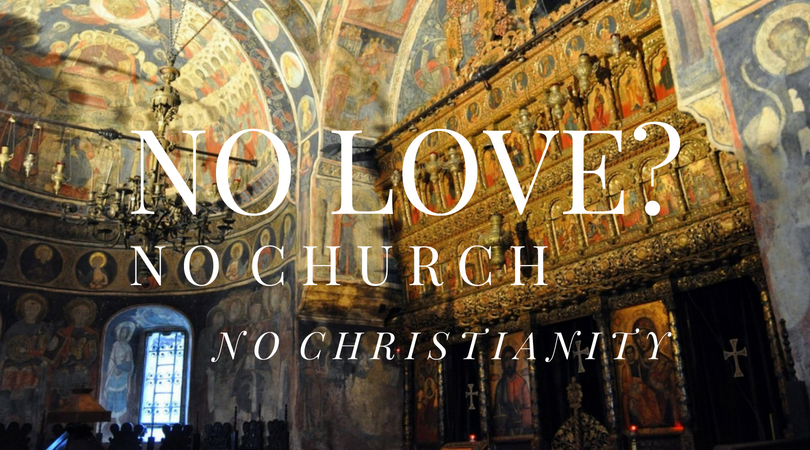 Illustration. Tohicken Church – I may have told you about the church that a friend of mine pastored a number of years ago. He told me about it with this simple description: “The folks come into the building on the first floor and they fight like cats & dogs before the service. It’s awful. And then they go upstairs for worship, but there’s no energy, no joy, no sense of God.”

Without love, there’s isn’t much. That’s where that church found themselves. That’s where the Ephesian Church found itself. They were good at rooting out wrong-doers and heretics, but not good at loving each other or anyone else for that matter. They were great heresy-hunters, but they hated wrong beliefs and wrong practices so much that they forgot to love.

Isn’t this where our society has gone wrong right now? – As each side says to the other, “You are so wrong that I don’t even have to be nice to you. I can insult you all I want! You’re a horrible human being because you’re so wrong!”

During my sabbatical I read William Sloan Coffin’s Credo.

Coffin has some wonderful things to say about love:

“Doctrines and creeds are only signposts. Love alone is the hitching post.”

“Too many religious people make faith their aim. They think ‘the greatest of these is faith,’ and faith defined as all but infallible doctrine. These are the dogmatic, divisive Christians, more concerned with freezing the doctrine than warming the heart. If faith can be exclusive, love can only be inclusive.”

The greatest of these is love.

In this letter to the Ephesian Church Jesus calls them to do two things, Remember and Repent.

They’re to remember how strong their love was at first, how love was the focus, love was their aim. This should lead them to repentance as they see how far they have fallen away from their original aim & focus.

I’d like to close us in prayer but also allow some time for personal reflection and prayer.

Remember these 7 letters were written to all churches in all times and places.

So let’s make sure we’re on the right path, the path of love.

First, let’s each of us ask God to be our teacher when it comes to the subject of love. Ask for God’s help right now.

Lord Jesus, teach us to love.

Lord, teach us the joy of love.

Next, think about a relationship or a situation in the present that challenges your abilities to love.

Ask for God’s help and commit yourself to the path of love.

And so abide faith, hope and love, but the greatest of these is love. Amen.

Love, and you are a success whether or not the world thinks so. The highest purpose of Christianity – which is primarily a way of life, not a system of belief – is to love one another.

And as you do, the Grace of our Lord Jesus Christ, the Love of God our Creator and the Joy and Strength of the Holy Spirit will be with You! Amen. 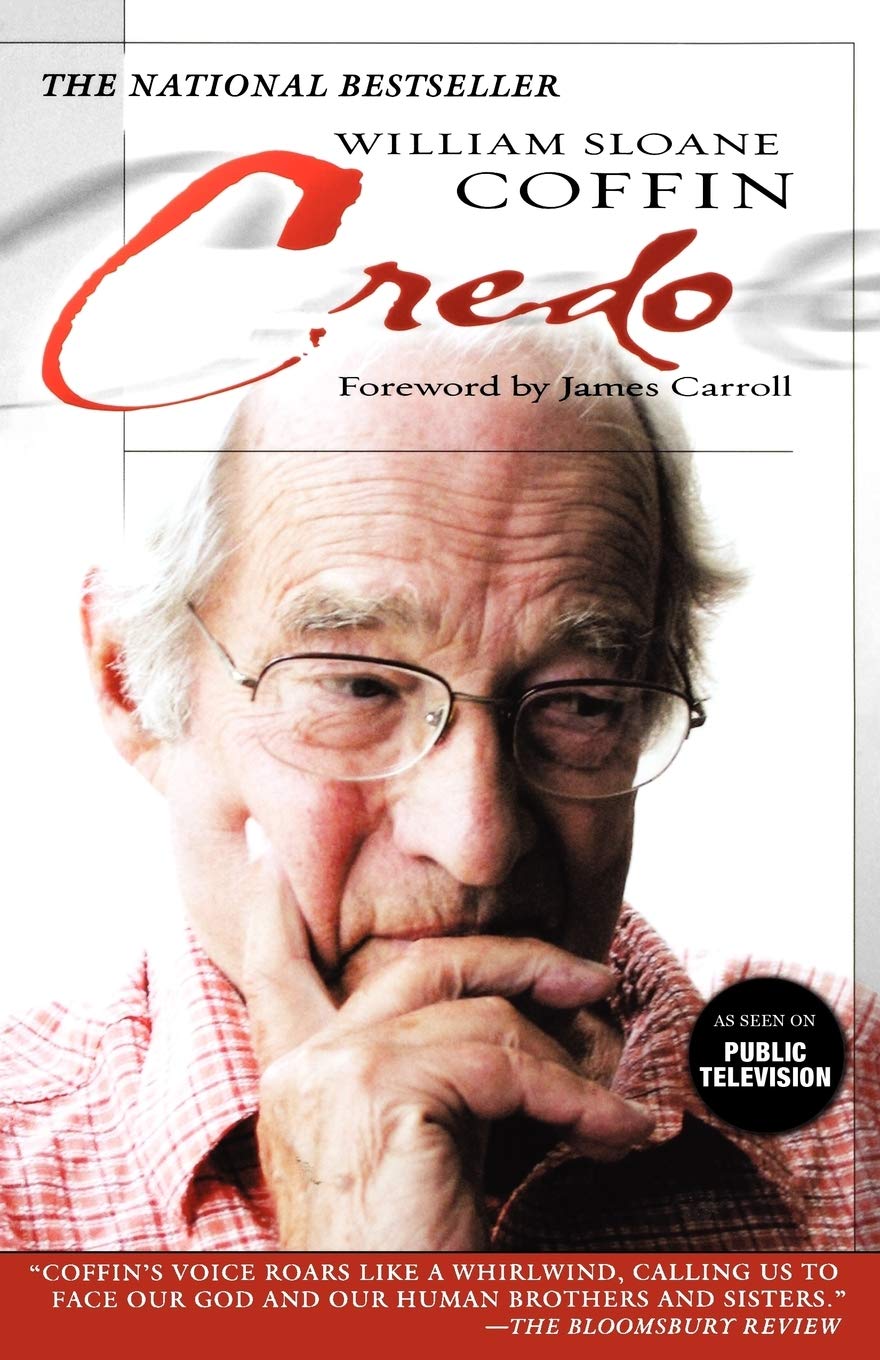