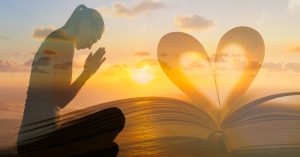 This message was given the day before the start of sabbatical time off. The standard contract for UCC pastors provides for a 3 month sabbatical after 5 years of service. Last summer I took 2 months of sabbatical time, and tomorrow starts the final month.

I’m so excited for our upcoming trip! Alisa, Maddie & I leave July 24 for Israel, Jordan, Egypt.  This completes my “Bucket list” (What happens when one completes their Bucket List? Do you automatically kick the bucket? I hope not!).

Our trip has been planned by Progressive Pilgrimages of Lowell. This past Monday they reviewed the details with me.

When we leave the airport in Tel Aviv we drive straight to the Mt. of Olives for that classic view of Jerusalem and to spend time in the Garden of Gethsemane. In Bethlehem our hotel is right next to the Church of the Nativity that’s said to mark the spot of Jesus’ birth. In Jerusalem we’re staying close to all the sacred sites. For Day 3 they said, “Wear your sandals, so you can wade into the Jordan River at the baptismal site. Also, bring your swim suits so you can go swimming in the Dead Sea.” In Egypt our hotel is on an island in the middle of the Nile River. It’s a dream vacation and it’s all paid for by the Lilly Foundation Sabbatical Grant.

There’s only one downside for you when the pastor goes to the Holy Land. For years to come you will hear me say over & over again, “I remember standing on the shore of the Sea of Galilee where this story took place.”

12 One of those days Jesus went out to a mountainside to pray, and spent the night praying to God. 13 When morning came, he called his disciples to him and chose twelve of them, whom he also designated apostles: 14 Simon (whom he named Peter), his brother Andrew, James, John, Philip, Bartholomew, 15 Matthew, Thomas, James son of Alphaeus, Simon who was called the Zealot, 16 Judas son of James, and Judas Iscariot, who became a traitor.

De-Nile is not just a river in Egypt!

It usually takes something shocking for me to break through denial. I had one of those experiences recently. This past Friday night we attended the Wynton Marsalis concert at the Hanover Theater in Worcester. Marsalis is considered the greatest jazz musician of our day.

During the first half of the concert there was a very large angry-looking man, walking around, scouring the crowd. He looked out of place.  He was dressed casually, a bit disheveled, and very intense. All the other ushers were very pleasant and dressed in a version of a tux. This guy had a wind-breaker jacket with “Security” written on the back.

“Why is he scouring the crowd? Is he looking for a target?”

“Why is he dressed so differently than the rest of staff of the Hanover Theater?”

“Anyone could get ‘Security’ written on their jacket. He could have an automatic weapon under that jacket?

“He could be a White Supremist.” (all the performers were Black. A third of the crowd was Black.)

I thought about these things for at least 20 minutes. I even thought about what I’d do if he began shooting. I could I run up behind him and chop block him?

Then I remembered that saying, “If you see something, say something.”   So I went out into hallway and talked to those nicely dressed ushers. They told me, “He is legitimate, but he’s not with us. We’ve gotten a few complaints about him. He’s checking for people who might be illegally recording the performance.”

Now, I have never been an alarmist. I tend to err on the other side. I often say things like, “This is no big deal. Let’s not over-react.” But here I was sitting at an incredible jazz concert and I’m plotting what to do when it turns into a mass shooting.

Needless to say, I was not enjoying it at all. Great music can take you away from life’s anxieties and heartaches and bring you renewed hope and joy, but I was having none of that. I have been profoundly impacted by the times in which we live. 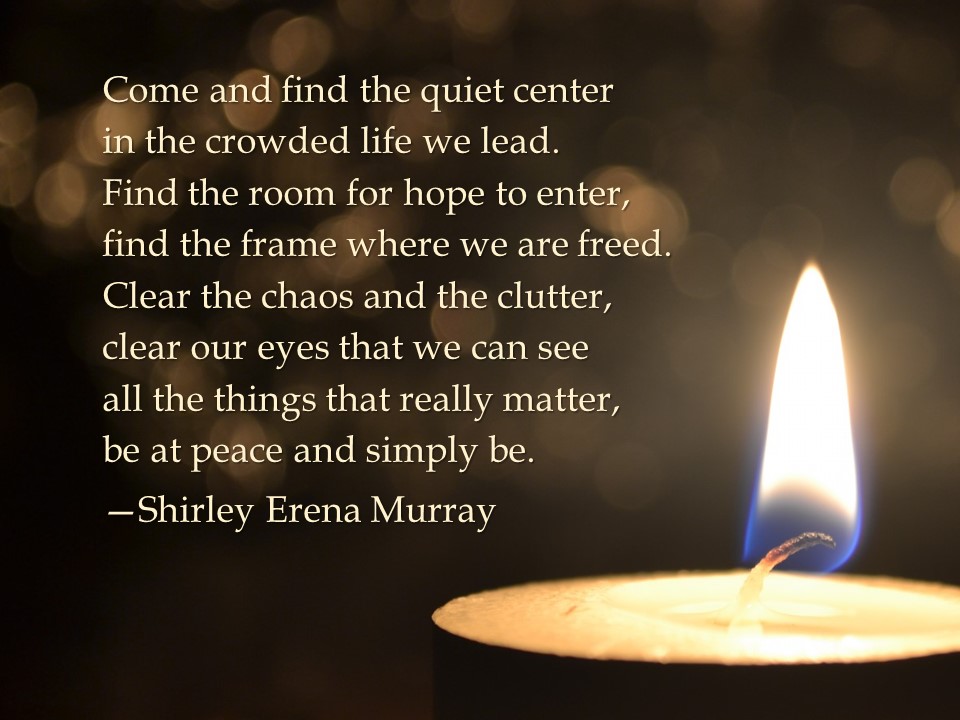 In a few minutes we’re going to sing the hymn, “Come and Find the Quiet Center.”

In the times in which we live, finding our Quiet Center is more important than ever.

Seeking a Quiet Center is more important than ever.

Seeking God’s Peace and God’s Presence is more important than ever.

That’s why I want to talk about the first calling of Jesus’ disciples. Luke 6 records Jesus calling his original 12 disciples. As you heard, Jesus went up upon a mountaintop and prayed all night. He was asking his Heavenly Father, Abba as he called God, for help in choosing in disciples.

That was their first calling – to be with him.

In the other Gospels he simply says, “Come, Follow Me.” Notice he didn’t lead with,  “Come, follow my teachings. Come, learn my ethics. Come study my theology.” Those would play a part, but it starts with – “Come, follow me . . . be with me.”

And it’s not like he’s leading way out there and we have to run to keep up. He’s saying, “Walk with Me. I’ll gladly walk with you. Will you walk with me?”

This is the heart of prayer – to intentionally be with God . . . to commune with God. What does the word “commune” mean?  – “to be together with” – as in commute, or community or commune.

This is the heart of prayer – to commune with God.

Mystics say that the heart and goal of prayer is Union with God. “Union” is a very strong word – but think of it as uniting with God, opening your heart to the Divine, communing with Divinity. It’s accepting God’s invitation in Psalm 46 to, “Be still and know that I am God.” It’s trusting in a wonderful promise found in the book of James: “Draw near to God and God will draw near to you.” (James 4:8)

Richard Foster is a Quaker who’s written beautifully about prayer for many years.

Foster writes: Prayer is a loving attentiveness to God. We are attending to him who loves us, who is near to us, and who draw us to himself.”

God spoke this invitation through the prophet Isaiah: “Incline your ear, and come to me; listen and your soul shall live. I will make a covenant with you that will last forever.  I will give you my faithful love” (Is. 55:3)

The type of prayer that I’m talking about often does not involve a lot of words.

Sometimes few words are needed when we’re resting in the arms of God.

Some call this type of prayer, “The Prayer of Presence.”

It does not involve a lot of requests, except to be near to God, to feel God’s closeness and unconditional love.

Think of these words of Jesus: “Abide in me as I abide in you. I am the Vine, you are the Branches . . . these things I’ve spoken to you that my joy may be in you that your joy may be complete . . . And in that day you will know that I am in my Father and you are in me, and I am in you.”

The modern mystic Thomas Merton talked about this kind of prayer when he wrote: “The message of contemplative prayer is not that you need to find your way through the jungle of language and problems that today surround God; but that . . . God loves you, is present in you, lives in you, dwells in you, calls you, saves you, and offers you an understanding and light which are like nothing you ever found in books or heard in sermons.”

There is a similar theme in the scriptures found in a number of biblical stories.

The theme is, God’s presence is enough. 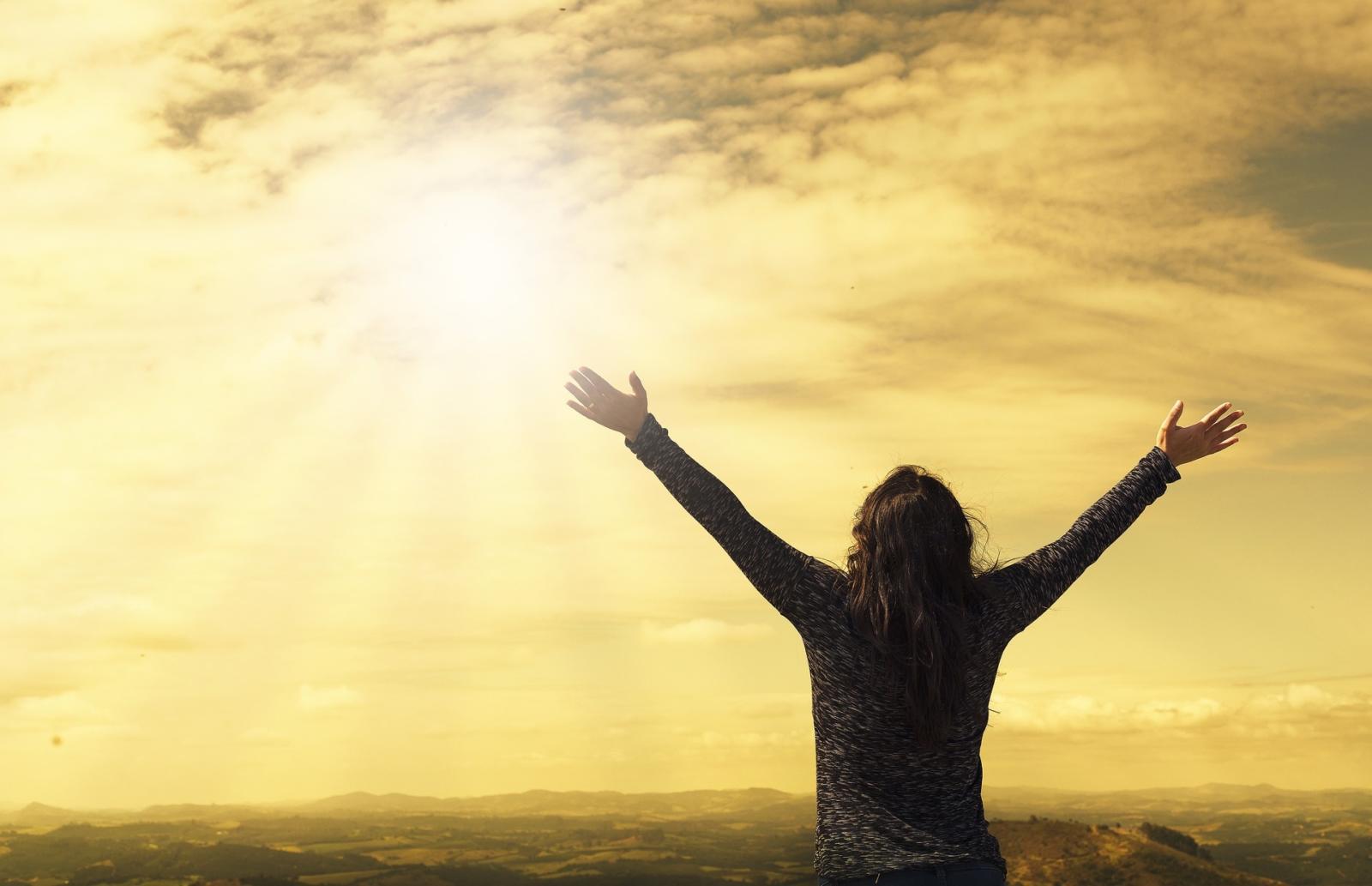 In the Gospels, Zacchaeus is a dishonest tax collection, but Jesus invites himself to have dinner with him. The simple presence of Jesus motivates Zacchaeus to turn his life around – “I will give away half of my money to the poor, and if I’ve defrauded anyone I will pay them back fourfold.” Jesus hadn’t talked to Zacchaeus about doing the right thing, but Jesus’ presence was enough for Zacchaeus to feel so loved that he wanted to love others.

In the Book of Acts, ch. 16 – Paul & Silas have been put in prison for preaching the Gospel. Listen to what happened: 25 About midnight Paul and Silas were praying and singing hymns to God, and the other prisoners were listening to them. 26 Suddenly there was such a violent earthquake that the foundations of the prison were shaken. At once all the prison doors flew open, and everyone’s chains came loose.”

Think about it this way: if Jesus were to walk into our sanctuary today, I think we’d all stop talking. I think we’d be “lost in wonder, love, and praise,” as the hymn says. His presence would be enough. There would be no need for words, for the room would simply be filled with joy and love.

The heart of prayer is connection.

The heart of prayer is closeness.

The heart of prayer is uniting with God.

The heart of prayer is stillness in God’s presence.

The heart of prayer is love, basking in God’s love.

Augustine once said, “True, whole prayer is nothing but love.”

If you need a technique, here are three that we’ve practiced together: 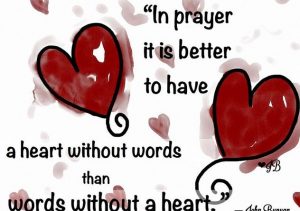 Lord, please do not walk behind me, for I’m afraid I’m not a good enough leader.

And Lord, please do not walk ahead of me, for I’m afraid I can’t keep up.

But Lord, walk beside me, take my hand, and be my friend.