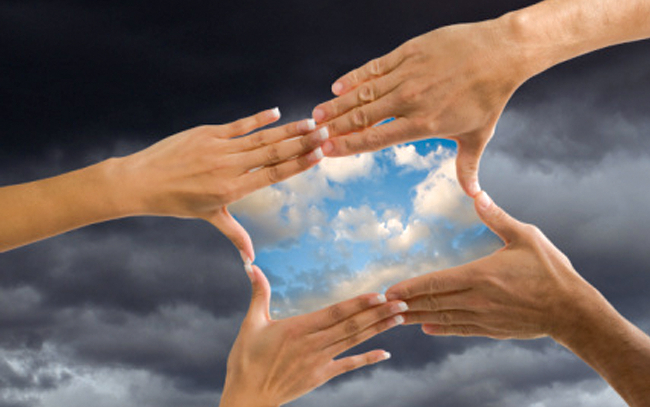 Our topic this morning is reframing – changing your perspective on a given situation. Here are two great examples of reframing found in the Bible.

Realizing that their father was dead, Joseph’s brothers said, “What if Joseph still bears a grudge against us and pays us back in full for all the wrong that we did to him?” 16 So they approached Joseph, saying, “Your father gave this instruction before he died, 17 ‘Say to Joseph: I beg you, forgive the crime of your brothers and the wrong they did in harming you.’ Now therefore please forgive the crime of the servants of the God of your father.” Joseph wept when they spoke to him. 18 Then his brothers also wept, fell down before him, and said, “We are here as your slaves.” 19 But Joseph said to them, “Do not be afraid! Am I in the place of God? 20 Even though you intended to do harm to me, God intended it for good, in order to preserve a numerous people, as he is doing today. 21 So have no fear; I myself will provide for you and your little ones.” In this way he reassured them, speaking kindly to them.

Therefore, my brothers and sisters, whom I love and long for, my joy and crown, stand firm in the Lord in this way, my beloved.

2 I urge Euodia and I urge Syntyche to be of the same mind in the Lord. 3 Yes, and I ask you also, my loyal companion, help these women, for they have struggled beside me in the work of the gospel, together with Clement and the rest of my coworkers, whose names are in the book of life.

4 Rejoice in the Lord always; again I will say, Rejoice. 5 Let your gentleness be known to everyone. The Lord is near. 6 Do not be anxious about anything, but in everything by prayer and supplication with thanksgiving let your requests be made known to God. 7 And the peace of God, which surpasses all understanding, will guard your hearts and your minds in Christ Jesus.

10 I rejoice in the Lord greatly that now at last you have revived your concern for me; indeed, you were concerned for me but had no opportunity to show it. 11 Not that I am referring to being in need, for I have learned to be content with whatever I have. 12 I know what it is to have little, and I know what it is to have plenty. In any and all circumstances I have learned the secret of being well-fed and of going hungry, of having plenty and of being in need. 13 I can do all things through him who strengthens me.

The Art of Reframing

To get us started, think about the importance of framing. In the art world, framing is very important. The right frame can bring a piece to life. The wrong frame can leave it looking dull. Frames are chosen to bring out the best in a picture, to accentuate an aspect of the picture or painting, or to highlight a key feature of the picture. 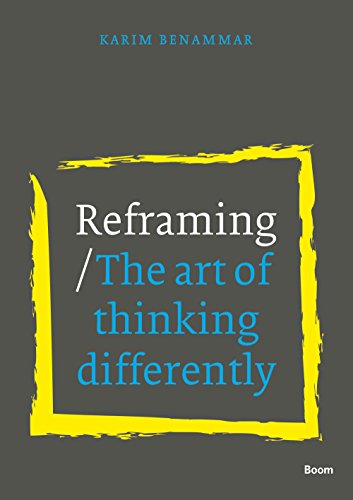 Genesis 50 – As a young man Joseph was treated horribly by his brothers, who eventually sold him into slavery. But he rose to prominence in Egypt and could feed his family when they came to Egypt for food. In a very dramatic scene Joseph reveals his identity to his brothers, and they become very fearful that he will be vengeful towards them for their cruelty years before. But Joseph looks at them and says, “You meant it for harm. God meant it for good.” He takes a larger perspective, sees the big picture. That how he reframes it.

Philippians 4 – written from prison, uses “joy” more than any other book in the Bible.

“I’ve learned to be content in all circumstances.” How?

This is the situation you’re in – what will you choose to focus on?    Is the glass half empty or half full? Or maybe you say, “What a nice glass!”

One example of reframing is redefining a problem as a challenge.  Just switching those two words brings a different energy. Problem has a heavy quality to it – “Oh, we’ve got a big problem. I don’t know what we’re going to do.” But the word challenge is enlivening. I’m up for a challenge!

Here are a few other examples of reframing:

Pastor T. – A pastor friend of mine received some harsh criticism one day from a parishioner. It went something like this: “All you preach about is love. Love. Love. Love. People need to be whacked over the head sometimes and told what they’re doing wrong, but you just talk about love!” My friend did a quick reframing on the spot. He said, “Thank You. That is truly the nicest thing anyone has ever said about my ministry.”

Here are two other examples:

Two monks were walking through a town one day. One of the monks had become controversial in the town, and as they walk the street the residents pelted him with tomatoes. The monk seemed quite unfazed. So much so that his partner asked why the abuse didn’t bother him. The wise monk replied,  “They’re not throwing the tomatoes at who I am. They’re throwing them at who they think I am.”

I may have told you about the time Tony Campolo was teaching at the University of Pennsylvania, and he happened to mention Jesus in one of his classes. Specifically he said that, “Jesus had a habit of reaching out and spending time with those who were outcasts in society – tax collectors, notorious sinners, even prostitutes.”

With that one of his students raised his hand and said, “Jesus never met a prostitute.”

Dr. Campolo said, “Yes, he did. It’s right there in the gospels. You must have missed it.”

“No. I didn’t. Jesus never met a prostitute. Because when he saw a woman who was trapped in prostitution, he didn’t see a prostitute. He saw a child of God.”

Here’s one more example and opportunity – Politics and Political Conversations.

You can frame the other person as the enemy or woefully ignorant and uninformed, or you can view them someone who cares passionately about this country and has arrived at very different conclusions – and maybe we can better understand each other and find some middle ground.

The most profound example of reframing is the Cross of Christ. God took the awful events of Good Friday and turned it into our salvation. This is how the earliest Christians reframed the Cross. The reframed the Day of Crucifixion – called it Good Friday.

I hope you found this helpful.

Try some reframing this week.