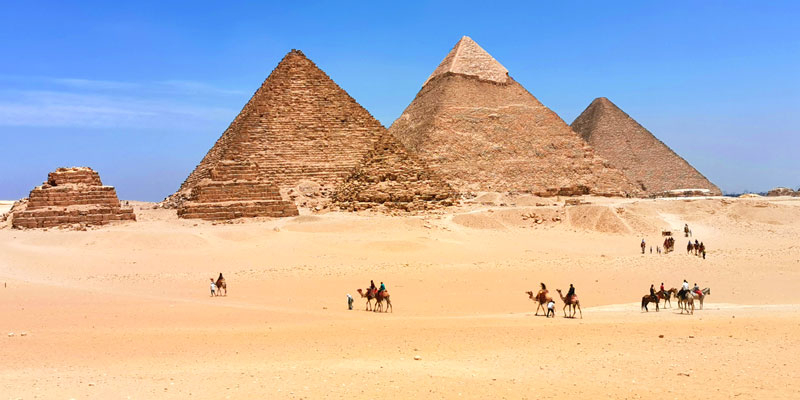 I changed the scripture lesson and sermon for this morning.  I’ve had a message churning around in my mind, and this week brought some clarity.

The Context for Numbers 14: The story of the Israelites escaping slavery in Egypt is well known. Moses led them to the edge of the Red Sea. God instructed him to lift up his staff, and the winds blew and parted the waters, and the Israelites walked on dry ground, escaping the Egyptians. You might think that seeing a miracle like that would have given them confidence for whatever they might encounter in the wilderness & beyond, but it didn’t. Let’s take a look at . . . .

Then all the congregation raised a loud cry, and the people wept that night. 2 And all the Israelites complained against Moses and Aaron; the whole congregation said to them, “Would that we had died in the land of Egypt! Or would that we had died in this wilderness! 3 Why is the Lord bringing us into this land to fall by the sword? Our wives and our little ones will become plunder; would it not be better for us to go back to Egypt?” 4 So they said to one another, “Let us choose a captain and go back to Egypt.”

5 Then Moses and Aaron fell on their faces before all the assembly of the congregation of the Israelites. 6 And Joshua son of Nun and Caleb son of Jephunneh, who were among those who had spied out the land, tore their clothes 7 and said to all the congregation of the Israelites, “The land that we went through as spies is an exceedingly good land. 8 If the Lord is pleased with us, he will bring us into this land and give it to us, a land that flows with milk and honey. 9 Only, do not rebel against the Lord, and do not fear the people of the land, for they are no more than bread for us; their protection is removed from them, and the Lord is with us; do not fear them.” 10 But the whole congregation threatened to stone them. 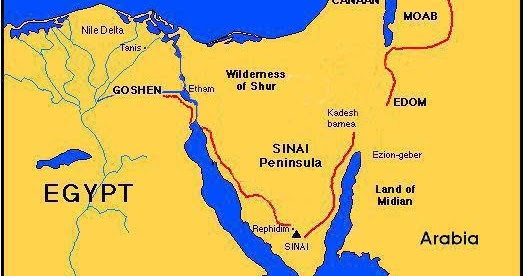 This message is entitled, So You Want to Go Back to Egypt?

By this time in the story, the Israelites had been in the Wilderness for about a year and a half. They’re fairly close to the Promise Land, but the people are getting restless.

So they devise a plan to send 12 Spies, one from each tribe, to scope out the land and its inhabitants.

10 spies – “We can’t live there. The people will devour us. We felt like grasshoppers before them.”

And so now here in Ch. 14, the people have heard the majority opinion and they’re ready to go back to Egypt.

Meaning, “Let’s choose a new leader. Moses is going to get us killed out here! This is too much.”

They’re ready to head back to the land they had known, even though that meant returning to slavery. “Live Free or Die” was definitely not their slogan.

You know the expression, “The devil that you know is better than the one you don’t know.”  Of course, it’s still the devil.

Even after Joshua and Calib give them a pep talk it’s still the will of the people to turn around and go back to the life they had known, slavery in Egypt.

Illustration. A person grows up with an alcoholic parent and it makes homelife challenging, to say the least. But when that child becomes an adult, it’s surprising how many times they marry someone who does what? – drinks too much. And then when the marriages breaks down and dissolves, they’re still at risk the next time around for marrying someone who does what?    – Drinks too much.

“The devil that you know is better than the one you don’t know.”

Psychologists and Family Systems Counselors call this homeostasis – it’s the tendency within a system to return to what’s been normal. – even if it’s Egypt. 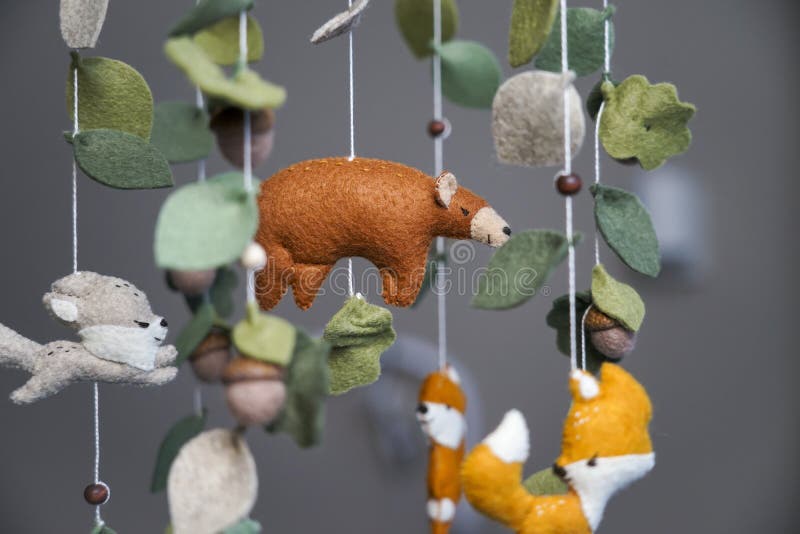 Illustration. A common illustration of homeostasis is a mobile. They’re adorable things that generally hang over a baby’s crib. And various things (animals, stars) hang on the mobile at different positions and different heights, and if wind blows through the window the mobile will be stirred. It will change its shape for a while, but when the wind dies down it will return to its most natural position. That’s homeostasis – a return to what’s normal and comfortable.

The human body has mechanisms that regulate body temperature and thereby maintain homeostasis. When our body temperatures are heating up beyond a comfortable level, we begin to sweat and breath very heavy, both of which cool our bodies. In the same way, the body adjusts when we’re in a very cold setting – things like shivering kick in, designed to warm the body’s temperature.

This concept also explains why dieting is so hard. When we reduce our calorie intake, the primitive part of our brain says, “I might starve out here. I’d better slow down the metabolism of this body,” which then makes it harder to lose weight. Trust me, I’m chubby! I know these things!

So, homeostasis is this tendency of a system to return to what’s normal.

We see this principle in the story of the Israelites. When the system was stirred, upset, like that mobile in front of the window, they wanted to return to Egypt. Fear of the unknown took over and made them want to return “home” – to what had been normal for them, even though it was slavery in Egypt.

It happened to the entire nation of Israel.

In my view it’s happened and is happening to our nation.

The great writer Flannery O’Connor once said: “The most basic theological question is, ‘What in the sam-hill is going on down here.’”

So, I’d like to talk just briefly about what I think is going on down here. Some call it a “Change-back” reaction. When something takes us far into the unknown, we can get fearful and want to retreat. Just like those Israelites we want to “change back” things to the way they were. Here’s an example from our history.

Illustration. Following the Civil War the US entered a period known as Reconstruction (1865–77). During this time bold attempts were made to address the inequities of slavery, such as the former enslaved were given land of their own to farm. Blacks and Whites shared restaurants and theaters, and there was a surprising racial harmony for a time. 14 former enslaved individuals served in Congress during Reconstruction. But it didn’t last. Equality was too scary for some. And so the Jim Crow laws came into being, which separated Blacks and Whites and treated the former as 2nd class citizens, and robbed them of many opportunities. Equality was too scary. “You all go back to Egypt. We’ll go to the Promised Land.”

Illustration. I did a funeral about 8 years ago, in a town many miles from here. The daughter of the deceased said something to me that I’ve never forgotten.

She said, “My Dad & I didn’t get along in recent years, ever since I came out of the closet. He just couldn’t accept it, and he felt overwhelmed by the changes in our society, changes that I consider advances. My Dad was a war hero. He put his life on the line for his country, and now he doesn’t even recognize the country he sacrificed for.”

She was very sympathetic but also very sad.

Illustration. Maybe you saw the Billboard going up Rt. 3 in NH – “Let’s take back OUR country.” Who are the “Our?”  – whites, mostly males

I saw this on a t-shirt: “The days of walking on pins and needles are over. The days of worrying about feelings have ended. It’s time to step on some toes and take our country back.”  Sweet Land of Liberty?

From where I stand on things, it’s taking our country back to Egypt, at least Egypt for those who are not affluent white males.

Illustration. Texas Republicans recently adopted a platform that calls homosexuality “abnormal.” Didn’t someone tell them about sexual orientation? Didn’t someone tell them this is Pride Month? The Promised Land of equality for all is too scary. I guess we’re supposed to go back to Egypt, or at least to a supposedly idyllic 1950’s where LGBTQ issues were kept hidden away in the closet, and people we’re free to live authentic lives.

And of course, this week American women lost a right they had had for 50 years, and half of the states will immediately turn back the clock. I think we men should try to put ourselves in women’s shoes and ask ourselves how we would feel if we had the right to manage our own bodies suddenly taken away.

I could go on and on, but let’s close by looking for some reasons to hope.

Where is hope to be found?

In God, of course – the God of Love and Justice.

“The moral arc of the universe is long, but it bends toward justice.”

The late Peter Gomes, chaplain of Harvard, once said that Christians are sometimes pessimistic in the short-term, but we are decidedly optimistic in the long-run.

There’s even some hope in the story of the Israelites.

As a people they made it to the Promised Land!

They were deeply divided in the passage we read.

They were profoundly mistrustful of Moses.

They were even doubting God.

But one day they crossed the Jordan River and went into the Promised Land.

Holy God, Give us courage. Give us wisdom. Give us hope. Amen. 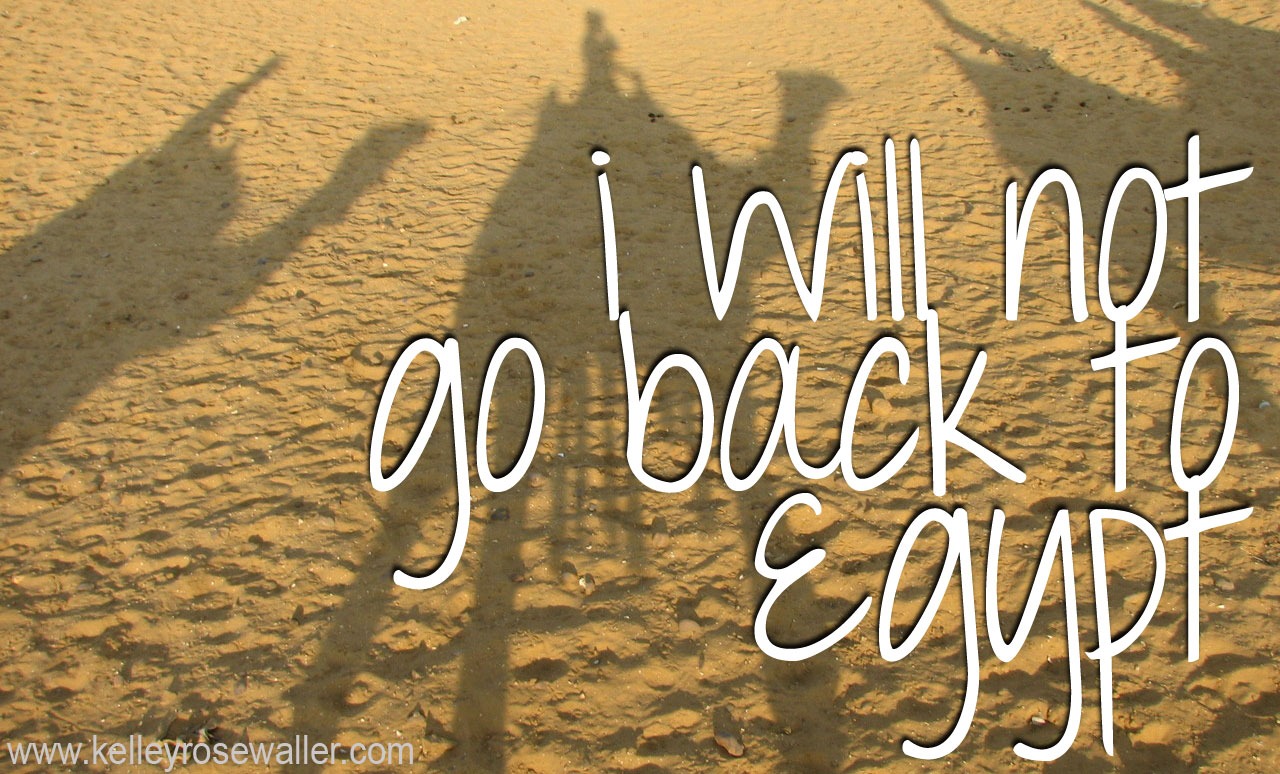