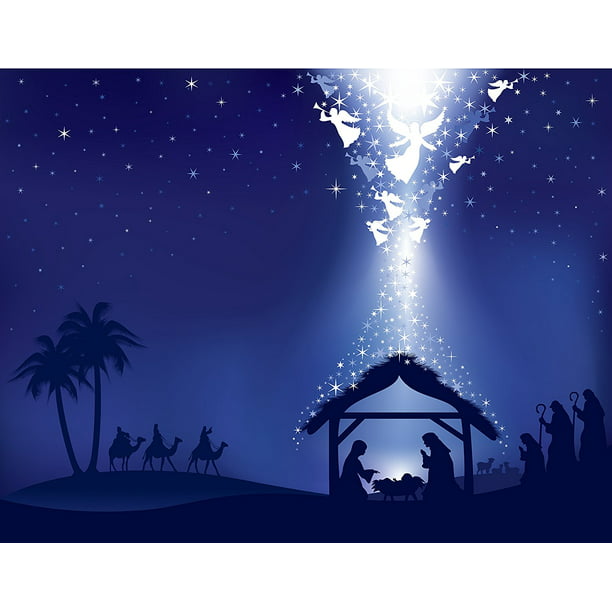 He is the image of the invisible God, the firstborn of all creation, for in[a] him all things in heaven and on earth were created, things visible and invisible, whether thrones or dominions or rulers or powers—all things have been created through him and for him.  He himself is before all things, and in[b] him all things hold together.  He is the head of the body, the church; he is the beginning, the firstborn from the dead, so that he might come to have first place in everything.  For in him all the fullness of God[c] was pleased to dwell,  and through him God was pleased to reconcile to himself all things, whether on earth or in heaven, by making peace through the blood of his cross.

For I want you to know how greatly I strive for you and for those in Laodicea and for all who have not seen me face to face.  I want their hearts to be encouraged and united in love, so that they may have all the riches of assured understanding and have the knowledge of God’s mystery, that is, Christ,[a]  in whom are hidden all the treasures of wisdom and knowledge.

I’d like us to think about the idea of Christmas and Mystery this morning. The Apostle of Paul told the Colossians he wanted them “to know the mystery of God.” What an interesting phrase that is.

Several years ago at another church I tackled a similar topic with an introduction that was an epic fail. I think it failed because I was being ironic or sarcastic, but some folks thought I was serious. What’s fun about preaching is you sometimes get a second chance to fail again! So let me just say that for the next few minutes I’m acting.

You know, I’ve been thinking about Christmas lately, the Birthday of Jesus, and I realized that it’s all about the birth. I mean that’s what’s really important, right? Someone’s birth.

When I was a kid we drove out to Illinois every other year to visit extended family. And one year we stopped at La Rue County, Kentucky. Why? It’s the birthplace of Abraham Lincoln. I remember going inside of log cabin. Lincoln was born in a log cabin on his parents’ farm. That’s what’s important about Abraham Lincoln – his birth. Don’t you get it? Lincoln Logs!!!! It’s all about the birth!

I read an interesting article this Fall about the actress Julia Roberts. Her parents were struggling financially when she was born, and guess who paid their hospital bill? Martin Luther King, Jr. That’s why Julie Roberts is famous! The greatest civil rights leader of the previous century paid for her birth! It’s all about the birth.

So, when it comes to celebrating Jesus’ birthday it’s very appropriate that we focus on his birth and not on his life, right? We focus on Shepherds and Angels, Wise Men, Stars, and the Innkeeper. It’s all about the birth.

I mean on Martin Luther King Day, isn’t that what we’ll talk about? King was born in Atlanta. His mother was present for the birth. His father was just outside the room. And on George Washington’s birthday we’ll find out where he was born and what details surrounded his birth. It’s all about the birth, right?

On most famous peoples’ birthdays we talk about their life, their accomplishments, their legacy, their impact, not their birth. But when it comes to Jesus’ birthday, it’s all about his birth. It’s a little bit odd if you think about it. Is it a diversionary tactic? A watering down of Christ’s life? I don’t know, but I do know that I wouldn’t reform Christmas very much even if I could, because I love the details of his birth – because they all point to who he is.

You know, in the New Testament, miracles are called signs. The miracles aren’t an end in and of themselves. They’re signs that point to something.

Jesus’ miracles were all signs. For example . . .

Every miracle was a sign to teach us something.

It’s the same thing with the miracles of Christmas.

A new star appears in the heavens to show that this baby is heaven-sent. His birth is a cosmic event. It’s big! Pay attention!

And Magi from afar follow that star and they’re led by that star to show us that God’s love is for all people, not just a few.

Angels show up regularly in the story, because in the Bible angels are messengers. They’re God’s postal workers. They deliver God’s messages. Christmas is a message for the world. John’s gospel says, Jesus is God’s message made flesh.

“The lack of mystery in our modern life is our downfall and our poverty. We retain the child in us to the extent that we honor mystery. Children have open, wide-awake eyes, because they know they are surrounded by mystery.”

“If Christmastime cannot ignite within us . . . being captured and compelled by the wonder of the manger of the Son of God . .  then it must be that the glow of the divine mysteries has been extinguished in our hearts and has died out.”

The earliest Christians weren’t afraid of mystery. They unashamedly embraced it. Listen to the Apostle Paul: Christ is the image of the invisible God. (Col. 1:15)

Jesus of Nazareth – the carpenter, the teacher, the healer – is the image of the invisible God.

The baby in the manger is the image of the invisible God.

Brennan Manning says, “Do you think you could contain Niagara Falls in a teacup?

That’s what God did at Christmas – Divinity wrapped in bands of cloth and placed in a manger.

Can you feel the mystery of that?

Can you sit with that for a time?

Here’s some more mystery:  He himself is before all things, and in him all things hold together.  He is the head of the body, the church; he is the beginning, the firstborn from the dead, so that he might come to have first place in everything. For in him all the fullness of God was pleased to dwell, and through him God was pleased to reconcile to himself all things, whether on earth or in heaven, by making peace through . . . his cross.

“All the fullness of God was pleased to dwell” in him, and through his life, death, and resurrection he brought peace, reconciliation, between divinity and humanity.

Paul knew he was writing about mysteries. He even admits it directly in ch. 2.

“My goal is,” he says, that we may “know the mystery of God, namely Christ.”

How can you know a mystery? Through knowing Jesus Christ, through developing a relationship with Christ.

Let me close with this thought:

What do you do with Mystery? – put it on the back burner to deal with it later? – reduce it to bite-size chunks and try your utmost to make it reasonable or rational, or even explain it away.

The religious scholars in Jerusalem did nothing?

King Herod directly opposed the Mystery and tried to do away with the newborn king.

But other characters in the story did much better.

The Shepherds praised God along with the angels and then went to see for themselves.

The Magi knelt before Mystery. – that seems most appropriate

And what did Mary do? “She pondered these things in her heart.”

Let’s do all those things this Christmas – ponder, praise, keep silence, break forth in song.

And now, let’s commune with mystery – through the Sacrament of Holy Communion.

Our Communion Hymn is “Let All Mortal Flesh Keep Silence,”  #124.