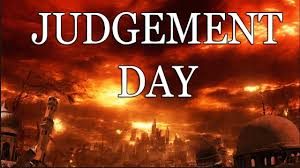 We’re studying the book of Revelation this Fall because it was written during a very trying time in the history of the early church. I think you’d agree with me that we are currently living through very trying times.

The earliest Christians refused to worship the Roman emperor as well as the various pagan gods, whose temples dotted the ancient world. Their strong stance on these issues impacted their businesses, their income, and their relationships, sometimes splitting families. They were persecuted not only by the Romans, but also by some of the Jewish authorities, by local government officials.

I’ve tried to make sure that we hit every major section of the book this Fall. So we can’t leave out Judgment Day!

When the thousand years are ended, Satan will be released from his prison 8 and will come out to deceive the nations at the four corners of the earth, Gog and Magog, in order to gather them for battle; they are as numerous as the sands of the sea. 9 They marched up over the breadth of the earth and surrounded the camp of the saints and the beloved city. And fire came down from heaven and consumed them. 10 And the devil who had deceived them was thrown into the lake of fire and sulfur, where the beast and the false prophet were, and they will be tormented day and night forever and ever.

11 Then I saw a great white throne and the one who sat on it; the earth and the heaven fled from his presence, and no place was found for them. 12 And I saw the dead, great and small, standing before the throne, and books were opened. Also another book was opened, the book of life. And the dead were judged according to their works, as recorded in the books. 13 And the sea gave up the dead that were in it, Death and Hades gave up the dead that were in them, and all were judged according to what they had done. 14 Then Death and Hades were thrown into the lake of fire. This is the second death, the lake of fire; 15 and anyone whose name was not found written in the book of life was thrown into the lake of fire.

One of the things we’ve been saying about the Book of Revelation is that these wild and crazy visions are just that, visions. John doesn’t claim that these are realities. He says, “And then I saw a vision.” 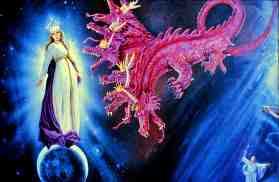 Last week we talked about the Wedding Supper of the Lamb, heaven as a wedding reception. Now that doesn’t mean that when you arrive there you’ll have to look for a little card with your name & table number on it. And they’ll ask you if you selected the beef or the chicken! We’re not to take these visions literally. That’s not what John intended. What we’re to do is use our imaginations to consider what reality might the vision be symbolizing. 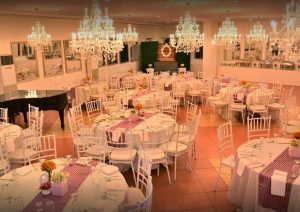 So, let’s take this principle of searching for what lies beneath or behind the vision and apply it to Judgment Day. – that’s sounds like fun, doesn’t it!

As we come to the last section of the book we read of 1000 years of peace, the Millennium, and then Satan is set free and given free reign for a short while –

–the world gears up for a worldwide battle, a war to end all wars, and then fire comes from heaven and destroys all the enemies of God, especially the evil one who is behind it all.  Satan is then thrown into the lake of fire for eternal punishment.

It’s pointing to the Victory of God, the complete destruction of all that is evil.

Evil is wiped off the face of the planet. Eradicated!

The Early Christians are under attack and John wants them to know that Evil will not have the last word – God will.

Injustice and oppression will not have the last word – the God of compassion and justice will.

Death will not have the last word – eternal life will.

The world will not end in suffering.

Our current age will end in salvation.

John and the Earliest Christians longed for Judgement Day. Why?

If you’re getting the stuffing beat out of you, Judgment Day will bring justice; it’ll mean an end to all that oppression. That is so central to understanding the last book of the Bible. John’s whole purpose is to reassure his churches – “Yes it’s bad now. The struggles are real and awful. But they won’t last. Evil doesn’t stand a chance against Almighty God.”

That’s the first vision he gives us of Judgement Day.

The second vision is not quite as clear-cut.

It’s a bit paradoxical, but it’s incredibly relevant for us.

John see several books. You might call this collection, the Books of Merit. For in those books is recorded everything we’ve ever done – the good, the bad, and the ugly. (Now remember, it’s just a vision. When you get to the Pearly Gates, they’re not going to bring out the actual books of your life. It’ll all be digitized by then!) 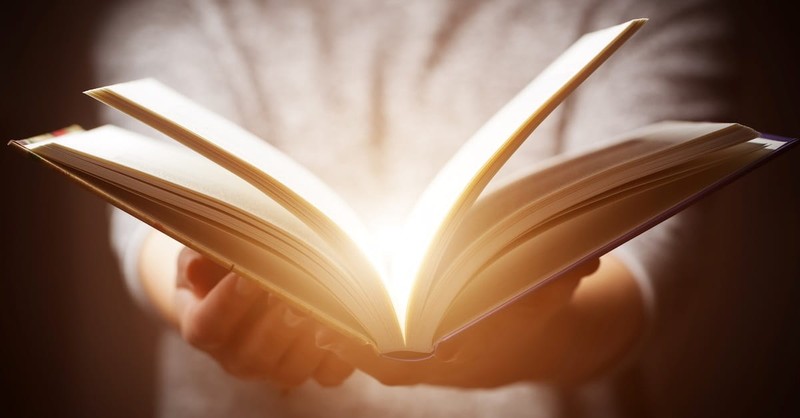 What spiritual reality is this vision point to?

It’s saying that our lives matter, our deeds matter.

Heaven cares about how we live our lives. God cares.

There are verses in scripture that talk about rewards in heaven.  – what those are only heaven knows.

1 Corinthians 3:8 – “Each be rewarded according to their own labor.”

In Matthew 5:12 Jesus says, “Rejoice and be glad, because great is your reward in heaven.”

In Revelation 2:23 Jesus says, “I am he who searches hearts and minds, and I will repay each of you according to your deeds.”

I think I’ve said before that when I get to heaven if Mother Teresa of Calcutta – who dedicated her life to serving the poorest of the poor – if Mother Teresa has a better mansion in heaven than I do, I’m okay with that! She earned it.

We’re writing our own stories by how we live each day. It’s not so much that God judges us, it’s that our deeds judge us. There’s simply a review of what we’ve written.   “The dead were judged according to their works, as recorded in the books.”

Now, that might be a very uncomfortable thought. There’s some things in that review I’m not looking forward to.  “Can we fast forward through this part?”

But Thank God, John sees another book, The Book of Life. 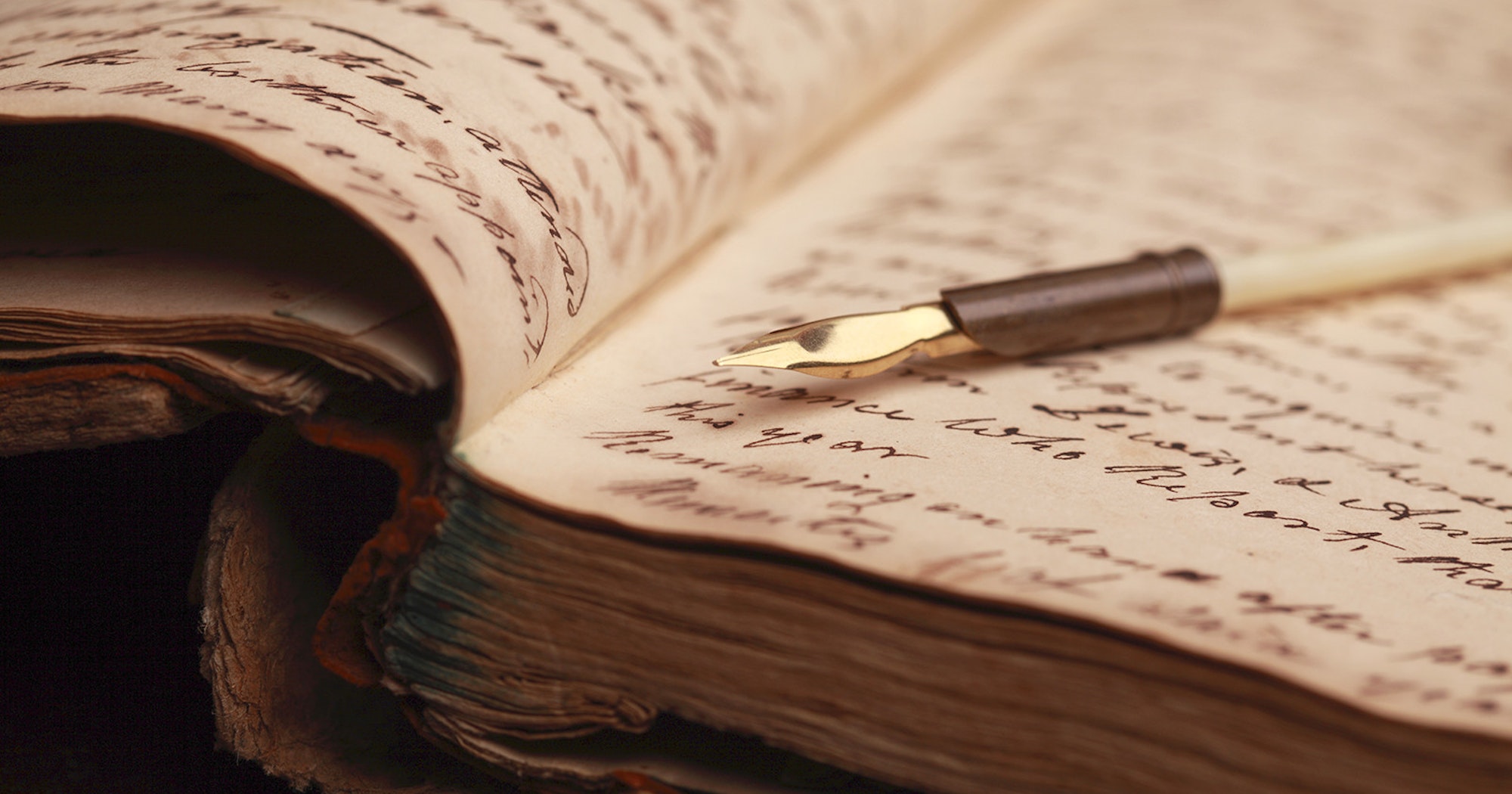 If the first collection of books are the Books of Merit.

This other book is the Book of Mercy.

The Book of Merit is based on our deeds, our actions, what we have done.

The Book of Life is based on what Christ has done.

God has offered us eternal life through the love and grace of Jesus Christ.

Through Jesus’ life, death, and resurrection, God has done for us what we could not do for ourselves – reconciled us to God.

The Apostle Paul wrote,  For by grace you have been saved through faith, and this is not your own doing; it is the gift of God.  (Eph. 2:8)

Salvation is not our own doing. It’s God’s doing. That’s what the Book of Life is all about.

John, the author of Revelation, isn’t afraid of paradox – two things that seem contradictory yet are both true. And he does it here – we’re judged on our deeds, but we’re saved by God’s grace. Both are true. Our lives matter to God,

And our eternal life matters to God.

It’s my opinion that John is not addressing the question of salvation for those outside of a Christian commitment. He’s writing to Christians. He’s writing to assure them that they are loved by God, they are not forgotten, and they have a place in heaven. The non-Christian question we leave up to God.

I will say this – the Book of Revelation says that “no one can count” the number of people in heaven. It’s a huge place, made up of “every nation, every tribe, every language.”

“After this I looked, and there was a great multitude that no one could count, from every nation, from all tribes and peoples and languages, standing before the throne and before the Lamb.” – Rev. 7:9

From what I can see, Fundamentalists seem to believe that hell is the big place and heaven is much smaller, since according to them only Christians get in. UCC theologians believe that if there is a hell it’s quite small, and heaven is quite large. 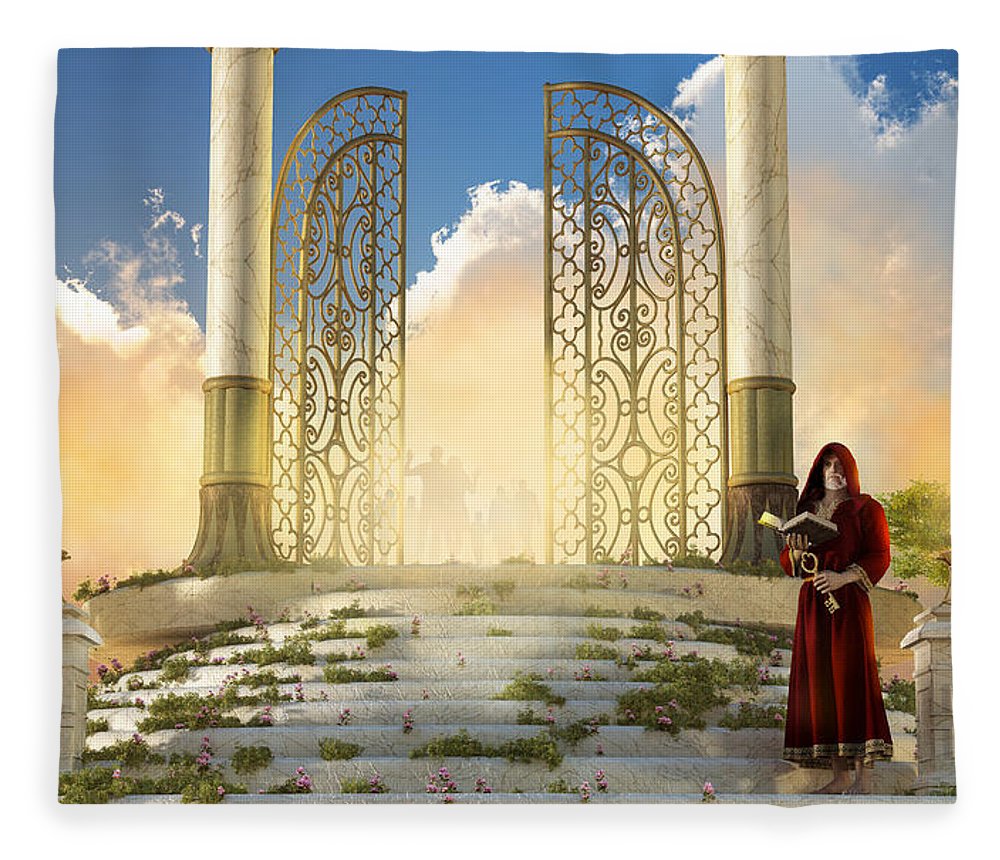 Let me close with this story, that I’ll bet you’ve heard.

Illustration. A man dies and goes to heaven.

St. Peter meets him at the Pearly Gates and says,

“Here’s how it works. You need 1000 points to make it into heaven. You tell me all the good things you’ve done, and I give you a certain number of points for each item, depending on how good it was. When you reach 1000 points, you get in.”

“Okay,” the man says, “I was married to the same woman for 50 years and never cheated on her, and loved her deep in my heart.”

“Only two points?” the man says. “Well, I attended church all my life and supported its ministry with my tithes and service.”

“Terrific!” says St.Peter. “That’s certainly worth a point and a half.”

“A point and a half!?!! Well, I also started a soup kitchen in my city and also worked in a shelter for homeless veterans.”

“Two points!?!!” Exasperated, the man cries, “At this rate, the only way I’ll get into heaven is by the grace of God.”

‘That’s the answer we’re looking for. Come on in!’

And St Peter welcomes the man into heaven.

Heaven is truly by God’s grace.