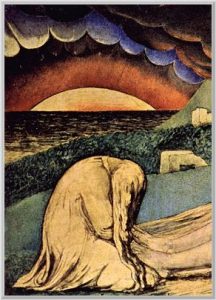 An Outline of the Book of Job

Most of the book of Job is written in poetry. Ch. 3 into 42. Some scholars wonder if the Prologue & Epilogue (which are not written in poetry) were added later as theological commentary and a happy ending.

There was once a man in the land of Uz whose name was Job. That man was blameless and upright, one who feared God and turned away from evil.  There were born to him seven sons and three daughters. He had seven thousand sheep, three thousand camels, five hundred yoke of oxen, five hundred donkeys, and very many servants; so that this man was the greatest of all the people of the east.  His sons used to go and hold feasts in one another’s houses in turn; and they would send and invite their three sisters to eat and drink with them. And when the feast days had run their course, Job would send and sanctify them, and he would rise early in the morning and offer burnt offerings according to the number of them all; for Job said, “It may be that my children have sinned, and cursed God in their hearts.” This is what Job always did.

One day the heavenly beings came to present themselves before the Lord, and Satan also came among them. The Lord said to Satan, “Where have you come from?” Satan answered the Lord, “From going to and fro on the earth, and from walking up and down on it.” The Lord said to Satan, “Have you considered my servant Job? There is no one like him on the earth, a blameless and upright man who fears God and turns away from evil.” Then Satan answered the Lord, “Does Job fear God for nothing?  Have you not put a fence around him and his house and all that he has, on every side? You have blessed the work of his hands, and his possessions have increased in the land.  But stretch out your hand now, and touch all that he has, and he will curse you to your face.”  The Lord said to Satan, “Very well, all that he has is in your power; only do not stretch out your hand against him!” So Satan went out from the presence of the Lord. 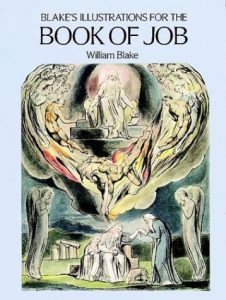 Let’s Look at some Lessons from the Book of Job.

First Lesson from the Book of Job is a quick review of the different kinds of writings in the Hebrew Scriptures.

The ancient Jews placed Job in the Poets sections.

They called these books the “Writings.”

That means that they viewed the Book of Job as a literary creation and not historical narrative.

I’ve always looked at it like historical fiction. –there was a famous story of a man named Job who endured terrible losses and somehow kept his faith in God. And then at some point a poet decided to write down the story and did so using a dramatic flair and great skill.

Lin-Manuel Miranda wrote the musical Hamilton. The Book of Job is more like the musical than the history book. And that’s not just my modern-day opinion. The ancient Jews put Job in the Writings-and I agree with them!

This is a hugely important point when we come to the first two chapters, where God makes a bet with Satan to see if Job will keep his faith once his entire life is shattered.

That is a literary device and not a literal account.

I have to believe that because I know Jesus wouldn’t take that bet. If Jesus incarnates the invisible God, then he’s the gold standard. And Jesus never went around making bets and deals with the devil. He was the one who said, “Get Thee behind me, Satan.”

So that’s the first point – the book is a literary creation, not an historical narrative. But that doesn’t mean it’s void of teaching! A story doesn’t have to be true to teach truth. Ex. Think of the Parables of Jesus!

This beginning part of Job does teach us some important truth about human suffering. It affirms the reality and the randomness of human suffering. It affirms God has the Creator, who’s ultimately in charge of the universe. But it affirms the fallenness of this world and the presence of evil and injustice throughout the world. And often the distribution of suffering is random, meaning it makes to logical sense.

–Suffering comes to the unrighteous and the righteous.

Job is the most righteous person of his day, and he experiences horrific losses – the loss of his entire family, all his wealth, and eventually his own health.

The Randomness of Suffering is suggested by this phrase, Satan was “roaming throughout the earth.” When God says to Satan, Where have you come from? Satan answers, “going to and fro on the earth, and from walking up and down on it.”

Satan wasn’t off on a specific mission to distribute suffering in a reasonable and logical way. Satan was just wandering around, distributing suffering along the way.

This is one of the strongest points made by Rabbi Harold Kushner in, When Bad Things Happen to Good People.

“Laws of nature do not make exceptions for nice people. A bullet has no conscience; neither does a malignant tumor or an automobile gone out of control. That is why good people get sick and get hurt as much as anyone.” ― Harold S. Kushner 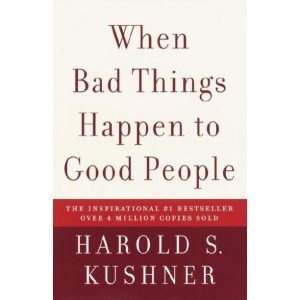 There is a randomness to human suffering. Some have suggested God set it up this way so that we would be good for goodness’ sake, and not just to avoid suffering.

Now when Job’s three friends heard of all these troubles that had come upon him, each of them set out from his home—Eliphaz the Temanite, Bildad the Shuhite, and Zophar the Naamathite. They met together to go and console and comfort him. When they saw him from a distance, they did not recognize him, and they raised their voices and wept aloud; they tore their robes and threw dust in the air upon their heads.  They sat with him on the ground seven days and seven nights, and no one spoke a word to him, for they saw that his suffering was very great.

This is the highlight of the caregiving ministry of Job’s 3 friends. They have good hearts. They know they need to go and be with their friend. They sit with him for 7 days. But then they preach to him for more than 30 chapters. Job calls it, “miserable comfort.”  (Job 16:2)

When we reach out to someone in need, it’s usually not our words that make the difference. It’s the love and care within our hearts.  Job would have been better off if his friends had just remained quiet. 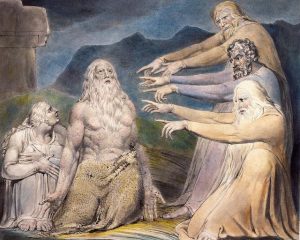 Instead, Elifaz believed that the world was fair and so he believed that Job must have done something terrible to receive the wrath of God.

Friend #2, Bildad, was gentler, but he basically says the same thing – “You may not know what you did to deserve this, Job, but God does.”

Friend #3, Zophar, is sick and tired of Job claiming to be innocent, so he rebukes him for being prideful and arrogant. 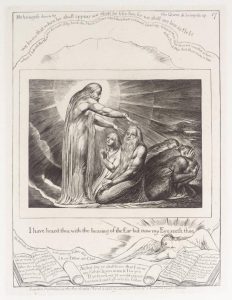 Then the Lord answered Job out of the whirlwind:

“Who is this that darkens counsel by words without knowledge?
Gird up your loins like a man,
I will question you, and you shall declare to me.

“Where were you when I laid the foundation of the earth?
Tell me, if you have understanding.

Who determined its measurements—surely you know!
Or who stretched the line upon it?
On what were its bases sunk, or who laid its cornerstone
when the morning stars sang together
and all the heavenly beings shouted for joy?

“Can you lift up your voice to the clouds,
so that a flood of waters may cover you?
Can you send forth lightnings, so that they may go
and say to you, ‘Here we are’?
Who has put wisdom in the inward parts,
or given understanding to the mind?
Who has the wisdom to number the clouds?
Or who can tilt the waterskins of the heavens,
when the dust runs into a mass and the clods cling together?

“Can you hunt the prey for the lion, or satisfy the appetite of the young lions,
when they crouch in their dens, or lie in wait in their covert?
Who provides for the raven its prey, when its young ones cry to God,
and wander about for lack of food?

It’s like God is saying, “Job, I know what I’m doing. I created the world and everything in it. You can trust me. You really can trust me!”

Job offers us real help during our times of trouble.

Let me close with this quote from Rabbi Kushner.

“The conventional explanation, that God sends us the burden He knows that we are strong enough to handle it, has it all wrong. Fate, not God, sends us the problem. When we try to deal with it, we find out that we are not strong. We are weak, we get tired, we get angry, overwhelmed. We begin to wonder how we will ever make it through all the years. But when we reach the limits of our own strength, and courage, something unexpected happens. We find reinforcement coming from a source outside of ourselves. And in the knowledge that we are not alone, that God is on our side, we manage to go on.”
― Harold S. Kushner, quote from When Bad Things Happen to Good People

And that’s the message of the book of Job.