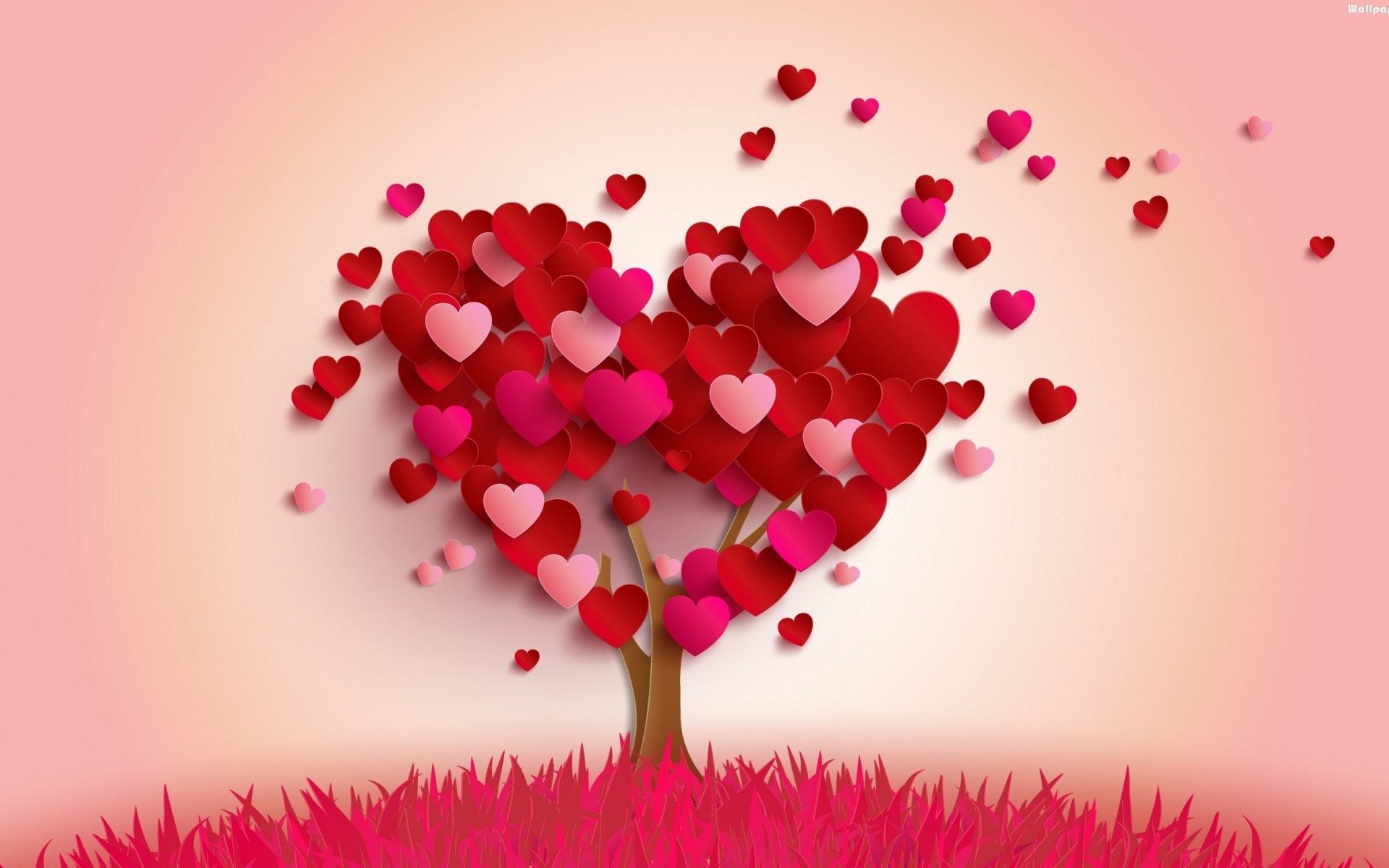 5 These twelve Jesus sent out with the following instructions: “Go nowhere among the Gentiles, and enter no town of the Samaritans, 6 but go rather to the lost sheep of the house of Israel. 7 As you go, proclaim the good news, ‘The kingdom of heaven has come near.’ 8 Cure the sick, raise the dead, cleanse the lepers, cast out demons. You received without payment; give without payment. 9 Take no gold, or silver, or copper in your belts, 10 no bag for your journey, or two tunics, or sandals, or a staff; for laborers deserve their food. 11 Whatever town or village you enter, find out who in it is worthy, and stay there until you leave. 12 As you enter the house, greet it. 13 If the house is worthy, let your peace come upon it; but if it is not worthy, let your peace return to you. 14 If anyone will not welcome you or listen to your words, shake off the dust from your feet as you leave that house or town. 15 Truly I tell you, it will be more tolerable for the land of Sodom and Gomorrah on the day of judgment than for that town.

16 “See, I am sending you out like sheep into the midst of wolves; so be wise as serpents and innocent as doves.

Notes on the Text:

Vs. 5 – a good example of the Gospel writers’ desire to have an accurate account of the words of Jesus. The evidence? By the time this was written down in Matthew’s Gospel the command to not go to the Gentiles was no longer relevant. Jesus spoke these words in the early 30’s. Gentiles were coming to faith by around 40 AD. Matthew’s Gospel was written down in the form that we have it until the 50’s (not the 1950’s; just the 50’s!). The fact that they included this instruction from Jesus shows their faithfulness to his words.

Vss 7-8 – our job today is the same as their job back then – share the Good News, and take care of people, especially the hurting.

That relates to the topic I’d like us to think about this morning.

Our topic this morning is this question:  Can Christians Ever Love Too Much?

We know we’re called to love. According to Jesus, Love God & Love Your Neighbor are the most important commands in the Bible. He also said in John 12, By this will people know that you’re my disciples, that you love one another.

We know it’s all about love, but can we ever love too much?

I think this passage in Matthew 10 speaks to this.

I think Jesus was implying something when he said, “If anyone will not welcome you or listen to your words, shake off the dust from your feet as you leave that house or town.”

The commentaries are very helpful here.

“Shaking the dust off your feet” was something Jews did back then when they were leaving an area that they deemed to be unholy.  For example: going from Gentile land to home.

When they crossed the border onto their own land, they would shake the dust off their feet, so they wouldn’t be bringing anything with them from that unholy area. Jesus is quoting this common expression and practice. He’s not suggesting that he views the Gentiles as unholy. In fact, the context has nothing to do w the Gentiles at all. He’s sending his disciples first to their fellow Jews. And he’s telling them ahead of time – “Not everyone will receive your message. Not everyone wants to hear the Good News. So, if our message is not being received don’t bang your heads against the wall. Our time is short, so move on to the next town. Shake the dust off your feet and move on.”

Jesus is not saying to give up on people and abandon them, He’s not saying, they’re beyond the reach of God’s Love. No. But he’s telling his disciples, “Don’t stay there and argue with them until you’re blue in the face. Some will accept our message and some won’t. Go where the harvest is. Go where the Spirit is already working in peoples’ hearts preparing them to receive the Good News.”

He knows his time is short with them and his strategy is to share the Good News with as many folks and in as many towns are possible in the time he has left.

But what I like is the idea that love means giving up control.

Love often means doing your best and leaving the results up to God.

It’s remembering where you end and where someone else begins.

Love allows people the freedom to say ‘No.’ Just like God gives us freewill because God loves us, so too if we’re going to truly love others we have to relinquish control, and let folks be free to make their own choice. We might think it’s loving to keep on confronting them with the truth, but often it’s time to stop and shake off the dust.

You’ve heard that old expression, “You can lead a horse to water, but you can’t make him drink. And if you try you’ll only frustrate yourself and anger the horse.”

Here are some times when I think you should consider shaking the dust off your feet.

(notice I said “consider.” The decision is yours. Free will. I love you!)

2. When you’re trying too hard to control the outcome.

Or when the only outcome you’ll accept is the one you “know” to be right.

Illustration. I knew a guy in college who would lose his mind every time a young lady would tell him she didn’t want to go out with him anyone. He would show up at their door that night with a dozen roses, and if that didn’t work he’d show up with another dozen roses the next day (who has that kind of money in college?). He’d call them repeated and simply wouldn’t take know for an answer. That’s “loving too much.” It’s actually more neediness than love, isn’t it?

3. When you’re constantly over-functioning for someone.

When you’re trying to do for someone what they need to do for themselves.

Illustration. This is one way to look at the pullout of our troops in Afghanistan. If the Afghan army’s not willing to fight the Taliban, how long should we keep doing it for them? For 20 years we gave them a taste of democracy, of a more egalitarian society, but it apparently wasn’t worth fighting for. (my point here is not to make an emphatic statement about Afghanistan. I know there are counter-terrorism arguments for not pulling out. I’m simply saying one way to look at it illustrates the point of not over-functioning).

Here’s another example of over-functioning – doing for others what they need to be doing for themselves.

Illustration. I have friends whose child developed writer’s block in Middle School. The child just could never start a paper, an essay, or even just a paragraph. So one of the parents would brainstorm with the child, suggesting possible starting sentences, often saying, “Write this down, start it this way.” This continued throughout middle school, and then high school, and then with college applications, and believe it or not, it continued even in college. It was all done out of love, but maybe that’s loving just a little too much? (of course, easy for me to say)

4. When you’ve gone beyond love that requires sacrifice to a love that diminishes you, demeans you, harms you, and/or abuses you.

It’s never a loving thing to allow someone to abuse you.

It’s never a loving thing to allow someone to beat you up.

Years ago, there may have been some clergymen who encouraged wives to hang in there with an abusive husband, but I can’t see that happening today. I sure hope not.

In the Gospels Jesus regularly withdraws from the crowds & takes time away to recharge. 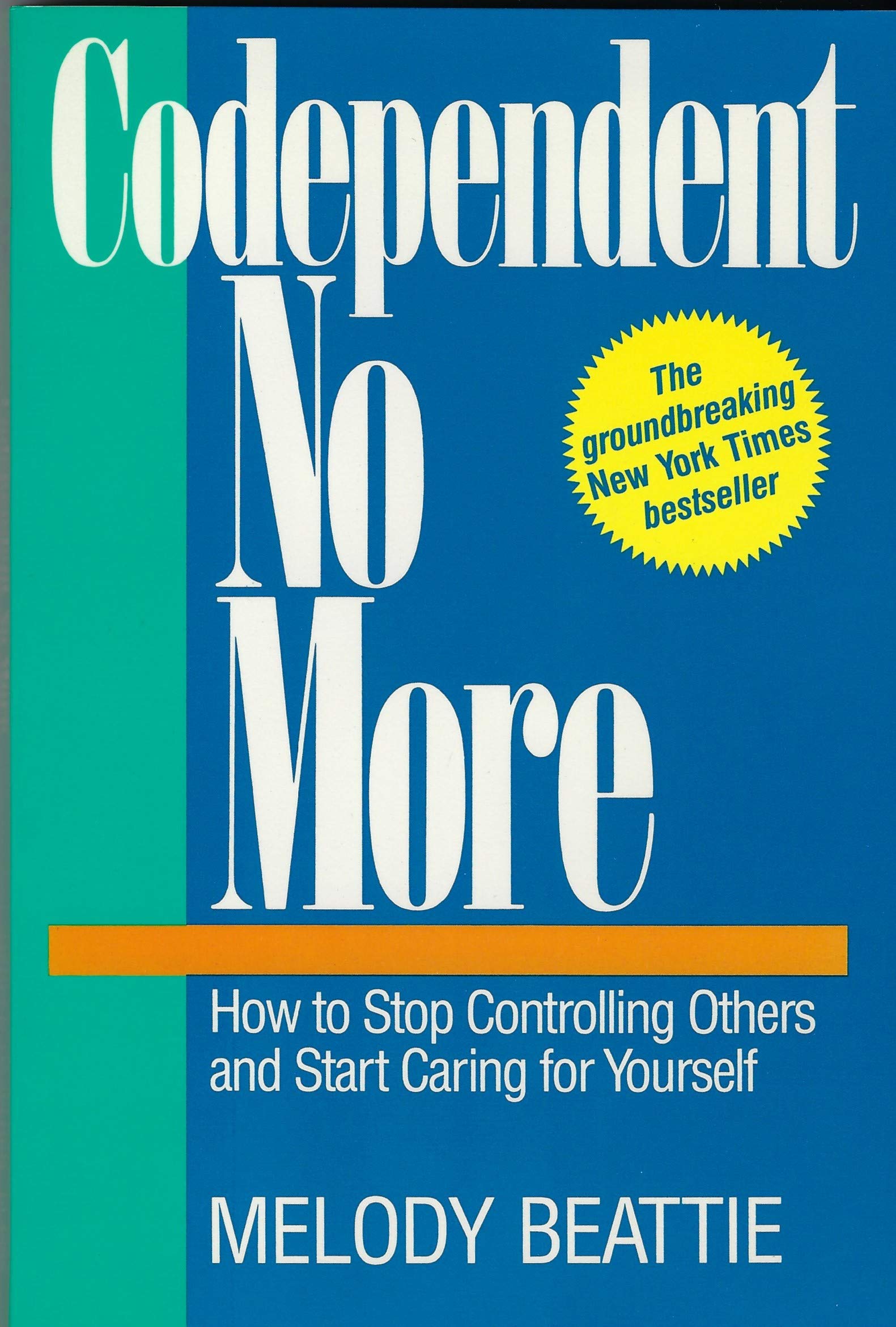 Melody Beattie wrote the classic book on loving too much, entitled, Codependent No More. In it, she wrote this:

“Be cheerful givers, we are told. Go the extra mile. Love our neighbors and we try. We try so hard. We try too hard. And then we wonder what’s wrong with us because our Christian beliefs aren’t working. Our lives aren’t working either.

“Christian beliefs work just fine. Your life can work just fine. It’s rescuing that doesn’t work. It’s like trying to catch butterflies with a broomstick, observed a friend.  Caring about people and giving are good, desirable qualities – something we need to do – but many codependents have misinterpreted the suggestion to ‘give until it hurts.’ We continue giving long after it hurts, usually until we are doubled over with pain.” (p. 85-86)

If Loving Others is hurting us, harming us, damaging our health, losing our identity – we’re not doing it right.

Love should build up both parties, not just one while tearing down the other.

5. When the values, practices, and climate of an organization are simply contrary to everything you believe and they just won’t change. – shaking the dust can send a powerful message. 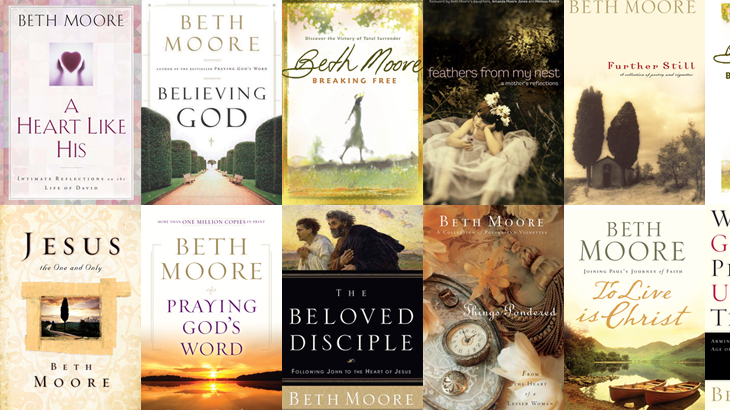 Illustration. Beth Moore is a name familiar to the women of Margie’s Bible Study. She a very prolific and insightful Christian writer. Her books have sold in the tens of millions. Earlier this year Beth Moore left the Southern Baptist Church, known as the Southern Baptist Convention. Her leaving was a huge deal because she was undoubtedly one of their most well-known members. She left for three reasons:

-she’d become tired of the sexism within the churches, sexism that she had personally experienced.

-she’d seen an inconsistency & hypocrisy when it came to which politicians to confront and which to give a pass to.

-she saw a continued denial of racism and it felt to her like White Nationalism was alive & well with the Southern Baptist Convention.

So, she shook the dust off her feet, and it sent a message. It freed her spirit and may serve as a wake-up call.

Well, these are just some of the ways we can love too much.

–when we won’t take no for an answer

–when we don’t allow someone the freedom to choose

–when we’re over-functioning for others, doing for them what they should do for themselves

–when we’re being hurt or hurting ourselves

–when the situation is just too toxic and won’t change,

These are the times to consider shaking the dust off your feet.

Dear Jesus, make us wise as serpents but innocent and pure as doves in our hearts, in our motives, in our love. Amen.